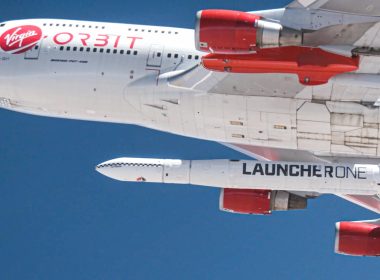 LauncherOne Launch Sequence After Cosmic Girl reaches 10,600 m (35,000 ft) of altitude, the pilots pitch the plane upwards at a 27° angle. Then, controllers give the launch command (hitting the Big Red Button) from the “first-class” Mission Control. This triggers the launch sequence that ensures that there is no accidental jettison prior to the actual commanded launch. Launch The red pylon contains 3 hooks that detach from the rocket, letting the rocket fall. After about three seconds of free-fall, the propellant settling thrusters ignite, followed by the NewtonThree engine firing. After a few minutes, it has increased its velocity to about 12,870 km/h (~8,000 mph). The first stage then separates from the second and breaks up in the atmosphere following a ballistic trajectory. Stage Separation Shortly after stage separation, the second stage’s NewtonFour Engine ignites. It propels the payload the rest of the way to orbit. Depending on the flight profile and mission, the second stage will perform two or three burns for a controlled deorbit, or to increase performance. Once the rocket is out of the thickest parts the atmosphere, the fairing halves will separate and fall back into the ocean, since they are no longer needed to protect the payload. LauncherOne LauncherOne is comprised of two stages. To start off, the first stage, which houses RP-1 (Rocket Propellant-1, a highly refined form of kerosene) and liquid oxygen or LOX. These two will mix and power the single, pump-fed, NewtonThree engine, which is capable of producing 327 kN (73,500 lbs) of thrust. Near the fins of the engine, there are two Propellant Settling Thrusters (PSTs). They ignite just seconds before the NewtonThree engine to force the propellants to the bottom of the tank where the valves are, which leads to the propellant transfer lines so the engine doesn’t take in any air. This is not commonly seen on the first stages of liquid-fueled rockets, since they take off vertically and on the ground. However, they are very common and almost necessary on the proceeding stages of any rocket. Notice, to the left and right of the red engine cover. There are two teeth looking objects mounted to the fin can, those are the PSTs. (Credit: Virgin Orbit) The second stage is much smaller and has a single, pump-fed, NewtonFour engine, which is also propelled by RP-1 and LOX. This engine has the capability to relight and can only produce 22 kN (5,000 lbf) of thrust. The difference between each engine is minimal since LauncherOne is already at around 10,600 m when its first stage ignites. Therefore both engines need to have a larger engine bell than if they were at sea level. This larger bell helps to take advantage of the lack of air pressure at high altitudes to perform better. Expanded LauncherOne rocket with stage descriptions (Credit: Virgin Orbit) How does LauncherOne compare to other rockets? The only other place where one might find a set of events similar to LauncherOne’s is Northrop Grumman’s Pegasus launcher, which also starts underneath a plane. In particular, a Lockheed L-1011 TriStar aircraft named Stargazer. Pegasus has launched a total of 44 times with 39 total successes. How do Pegasus and LauncherOne differ? Visually, they are both fairly similar. They have the familiar rocket shape (flamey end and a pointy end) and both have fins. However, Pegasus has a wing near the midsection of the rocket. This is for enhanced stability specific to the structure of Pegasus. LauncherOne Pegasus First Stage Engines 1 1 Stages 2 3 Payload Capacity (LEO) 500 kg (1100 lb) 443 kg (977 lb) Launch Platform Boeing 747-400 (Cosmic Girl) Lockheed L-1011 TriStar (Stargazer) Lift-off Location Mojave Air and Spaceport, California Varies (Florida, California, Pacific and Atlantic Oceans) LauncherOne before being mounted to Cosmic Girl (Credit: Virgin Orbit) Pegasus mounted underneath the NASA B-52 before liftoff (Credit: NASA) Why Air-Launch? The ability to air-launch is a tremendous advantage for multiple reasons. If the weather is bad in one area, the plane can fly to another area with calmer skies. Some other advantages include a reduced amount of fuel, an altitude and velocity increase, which will already have taken it out of the denser parts of the atmosphere. However, there is one major disadvantage. Weight. Because Cosmic Girl can only carry so much weight, and fuel is heavy, Virgin Orbit reduced the payload’s weight. That means the maximum payload to LEO is 500 kg and to Sun Synchronous Orbit (SSO) is 300 kg. Cosmic Girl ascending to altitude before release of LauncherOne (Credit: Virgin Orbit) On the other hand, this weight limitation does not impede Virgin Orbit’s principal mission. Their goal is to make space available to everyone. Since the CubeSat industry is expanding, there is room for yet another launch vehicle in the small sat launcher class. They will be capable of providing a cheaper way to launch small satellites for universities and STEM programs.
byAustin DeSisto
One comment 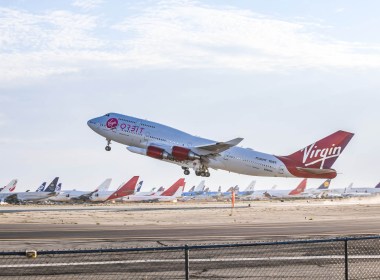 Above the Clouds | LauncherOne

Virgin Orbit Successfully launched their LauncherOne rocket and it payloads to orbit for the second time on the Above The Clouds mission.
byAustin DeSisto
No comments

Above the Clouds | LauncherOne

Virgin Orbit will be launching a suite of satellites on the Above the Clouds mission with their LauncherOne rocket.
byAustin DeSisto
One comment 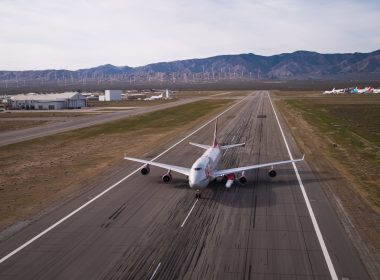 Virgin Orbit successfully launched their LauncherOne rocket for the 3rd time from the Mojave Air and Space Port in California.
byAustin DeSisto
2 comments

Virgin Orbit will be launching their LauncherOne rocket for the 3rd time from the Mojave Air and Space Port in California.
byAustin DeSisto
One comment 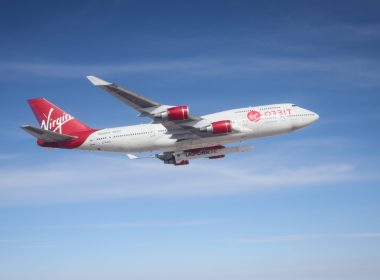 Virgin Orbit successfully launch their LauncherOne as part of their Launch Demo 2 test flight. It carried 10 CubeSats as part of NASA's VCLS program into LEO.
byAustin DeSisto
No comments 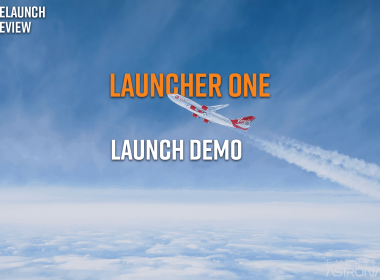 This is the maiden orbital flight for Virgin's LauncherOne system. It is an air-launched rocket carried aloft by a modified Boeing 747-400 dubbed _Cosmic Girl_. This mission will launch the rocket over the Pacific Ocean, west of Los Angeles. Live footage is not planned by the Virgin.
byAustin DeSisto
10 comments