Science communication through humor and imagination

Everyday Astronaut is committed to providing educational and informational content and space news for all ages, on all platforms, utiilzing all forms for media. Whether it be a YouTube video, an Instagram image, a feature article or even space themed music, we here at Everyday Astronaut want to help you learn, whereever you are, whatever you're doing, whatever your age or education. 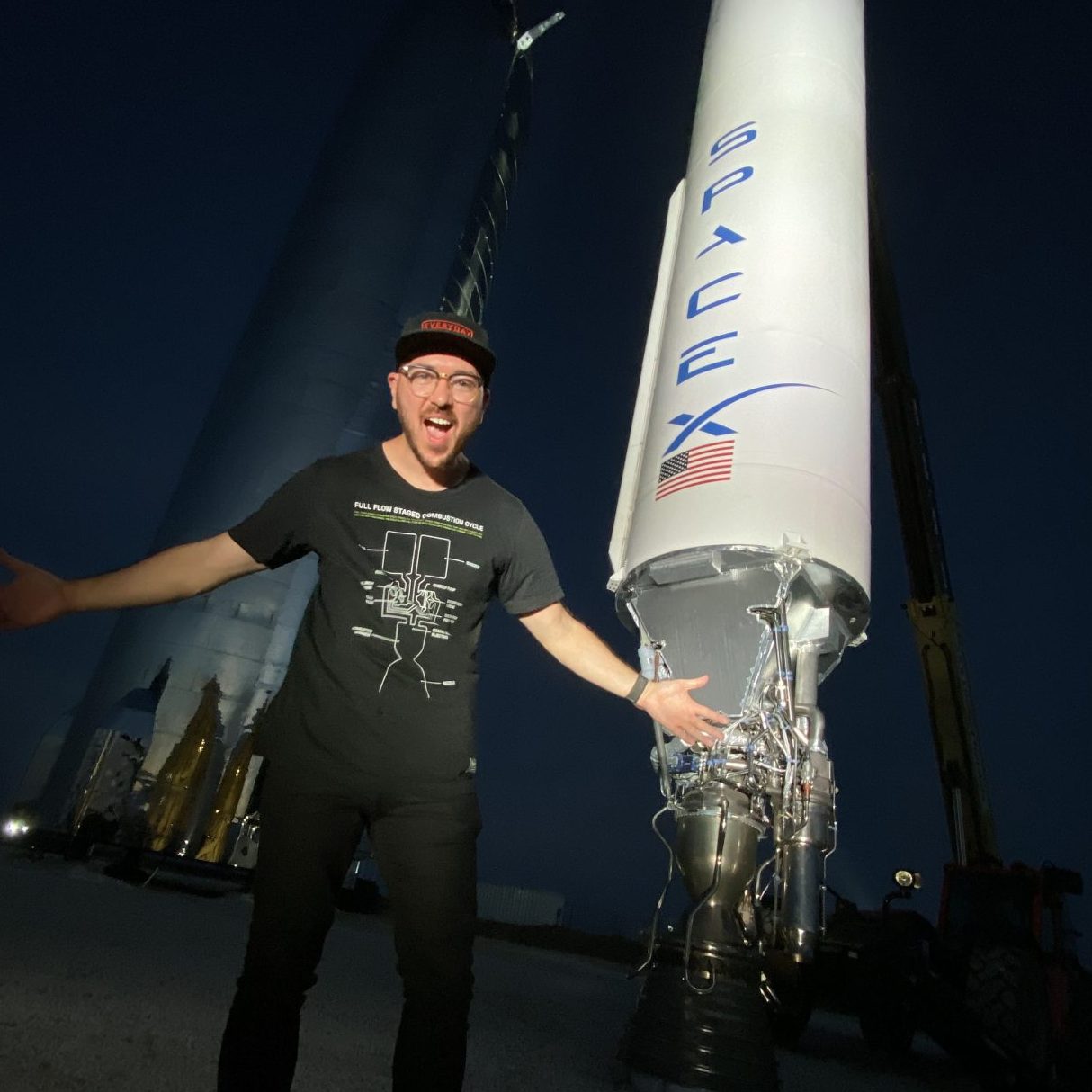 My name’s Tim Dodd but I'm better known as the Everyday Astronaut. Recently I fell head over heals in love with spaceflight. My appreciation and curiosity for the subject grew into an obsession. Before you knew it, all I wanted to do was learn more and more. And the more I learned, the more I wanted to share what was making me so excited. But as someone who dropped out of college and has no technical background or degree… I really felt unqualified for the job of explaining rocket science to anyone. But the fact of the matter is, if I can learn this stuff, anyone can. But this isn’t just some basic surface level information we deal with here. We dive in deep, get into all of the nitty gritty details that engineers spend years going over. I’ll take you behind the scenes of the most exciting missions, get up close and personal with the coolest hardware, talk to the smartest people I can find, and break down incredibly complex topics, because quite honestly, it’s a lot of fun. We’re living in exciting times where the pace of innovation is faster than we’ve ever seen. Where the cost of spaceflight is coming down by orders of magnitude. Where the people living today will explore new worlds amongst the stars. The point is, rocket science is awesome, and you don’t need to be a rocket scientist to be excited.

In 2013, professional photographer Tim Dodd, bought a Russian Space Suit as a joke. Finding himself the lone-bidder of a Russian High Altitude flight suit on a website called RRAuction.com, a very large box arrived at his doorstep. After a few moments of “What on earth did I just do?!” naturally the first thing he did was put the suit on.

Since most second hand Soviet era flight suits don’t come with instruction manuals, he forced the neck ring on, and eventually the helmet until he got it to lock. Little did he know, once the helmet was locked, it would be completely air tight…. which means of course, he almost became the Darwin Award recipient for the year. The headlines would have read “Idiot dies in space suit, in living room, alone.” Due to the quick thinking nature of a plucky photographer (Tim), he followed the air hose to the plug that was inserted in the end of it. A quick removal of the plug returned air to his face, which in turn, let him live another day.

Thereby making the “Everyday Astronaut” more than a quip at the end of a premature obituary.

Series 1 "A Day In The Life Of Everyday Astronaut"

Post near death experience, Tim found himself coming up with ever-sillier concepts while wearing the suit. He decided to create a series where an astronaut finds himself stuck in the monotony of everyday life. He cleverly hid several “easter eggs” in his photos, giving nods to real astronauts and historical space references. The first series titled, “A day in the life of Everyday Astronaut” immediately went viral on Reddit and quickly saw views in the millions. This led to features on Buzzfeed, CNET, Tech Insider and several others. The series was chosen as Flickr’s feature of the week, published in The Guardian UK’s Art & Design, was the cover of “Courrier International,” and graced several other international publications.

Anything related to our shop, please contact [email protected]