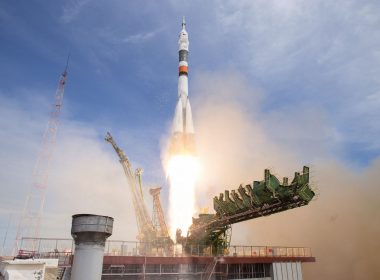 OneWeb is launching 34 of its global communication satellites to a 1,200 km polar orbit on a Soyuz rocket. Introduced in 1966, Soyuz has been the workhorse of the Soviet/Russian space program. The first launch of the Soyuz 2-1a version on November 8, 2004 from the Plesetsk Cosmodrome represented a major step in the Soyuz launch vehicle’s development program. Fregat is the upper (4th) stage of Soyuz 2.1, and it first flew in the year 2000.
byTrevor Sesnic
One comment