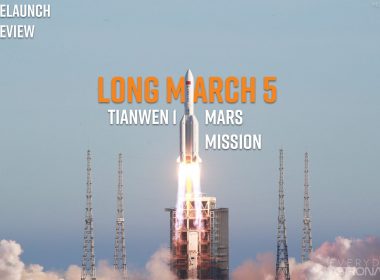 It's that season! With a previous United Arab Emirates launch to Mars and NASA's upcoming Mars 2020 mission, China has decided to join the party! We have a unique window of opportunity where the orbits of Earth and Mars line up perfectly! Tianwen 1 consists of an orbiter, lander and rover. After a previous failed attempt, this will mark China's first time attempting to land on Mars! It will also be the first non US-American or Soviet/Russian rover on the surface of Mars.
byAustin DeSisto
6 comments