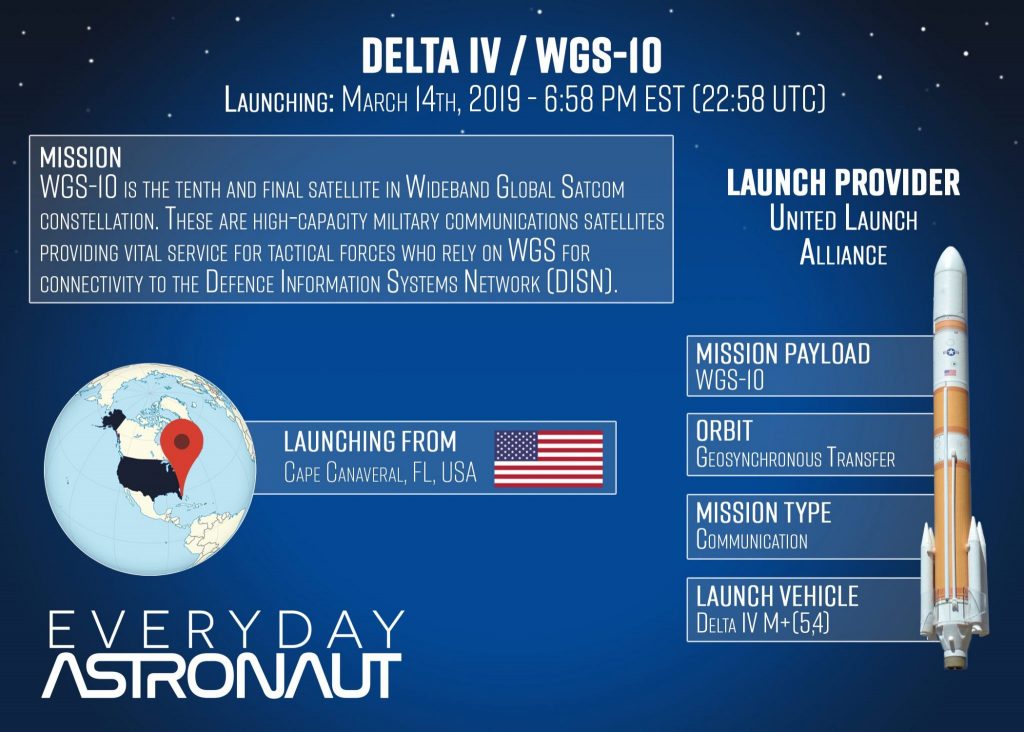 United Launch Alliance (ULA) will be launching the tenth Wideband Global SATCOM (WGS-10) for the US Department of Defense. The WGS system provides global broadband connectivity for the U.S. military and its allies. Boeing is the prime contractor for the WGS satellites. WGS-10 is the fourth Block II follow-on satellite. Built on the 702 platform, it has 10 Ka-band and 9 X-band transponders, providing transmission rates of 6 Gbps or 11 Gbps when utilizing its digital channelizer. One X-band transponder is a full Earth, the other 18 transponders utilize phased array technology allowing the beams to be steered and shaped. 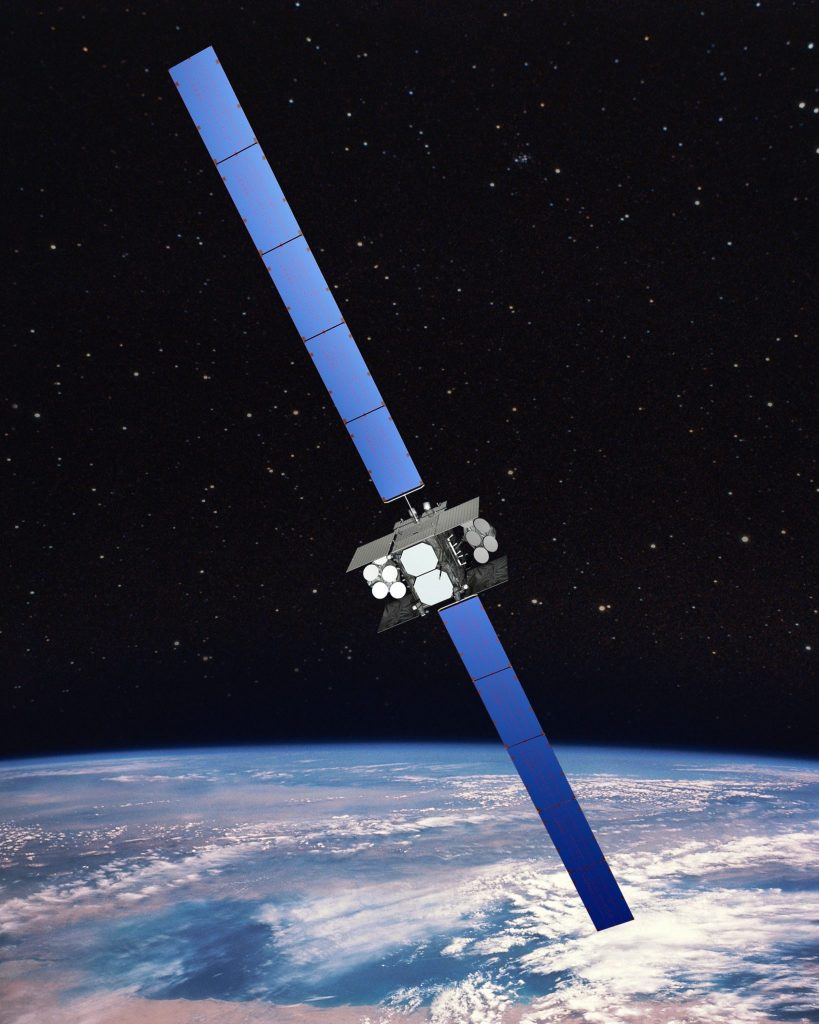 WGS-10 will be launched from SLC-39B at Cape Canaveral Air Force Station on a Delta IV Medium+ rocket flying in the 5,4 configuration; 5 meter fairing and 4 GEM 60 solid rocket boosters.  A single RS-68A engine, burning hydrogen and oxygen, powers the first stage booster. The second stage is powered by an RL-10 B-2, also burning hydrogen and oxygen.  The satellite will be deployed to a geosynchronous transfer orbit approximately 36 minutes and 50 seconds after lift off.

Tim Dodd, the Everyday Astronaut, will be livestreaming this launch starting at T minus 30 minutes. So come ask questions and join the conversation live! If you want the best way to know when a launch is coming, I’d suggest downloading the Next Spaceflight app to stay in the know.