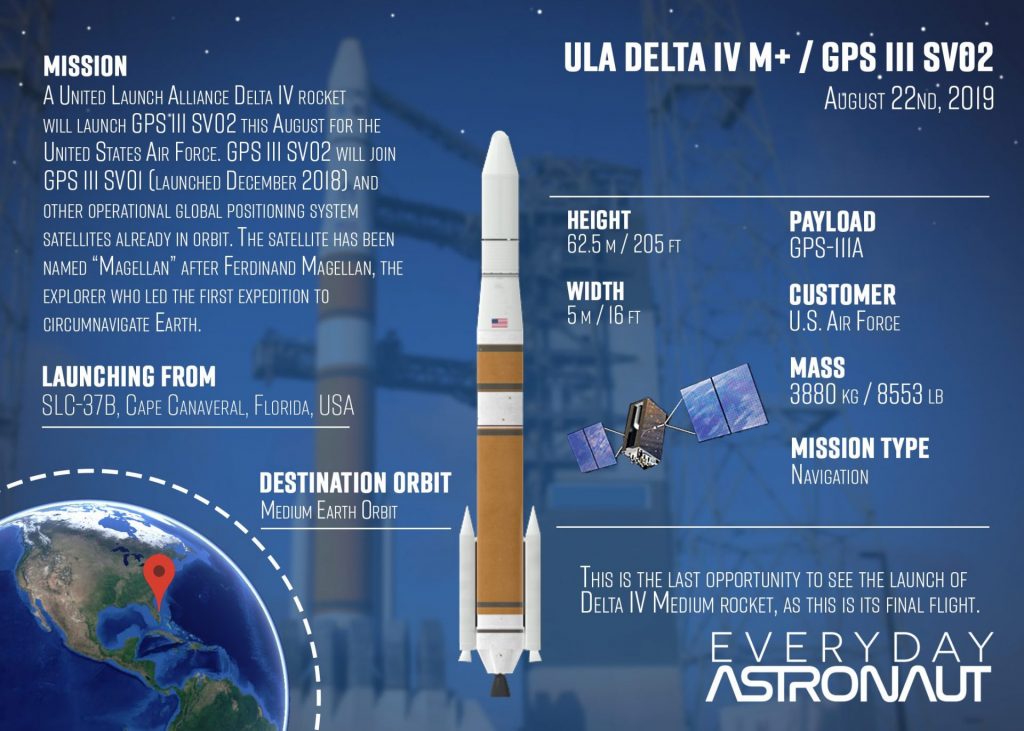 United Launch Alliance will be launching GPS III SV02, the second of the third generation of GPS satellites for the US Air Force Space & Missile Systems Center. GPS III SV02 will be launched from SLC-37 at Cape Canaveral Air Force Station on a Delta IV medium rocket flying in the 4,2 configuration; 4 meter fairing, 2 GEM-60 solid rocket boosters. This will be the final launch of the Delta IV Medium, the remaining Delta IV launches will be of the Heavy variant. The satellite will be deployed to medium Earth orbit approximately 1 hour and 55 minutes after lift off.

Block IIIA GPS satellites are built by Lockheed Martin on their A2100 satellite bus. Each satellite is expected to have a 15 year on orbit lifespan, with three times the accuracy and improved anti-jam capabilities.

GPS Block III satellites will build upon, or improve, features included on the Block IIR-M and IIF satellites including: