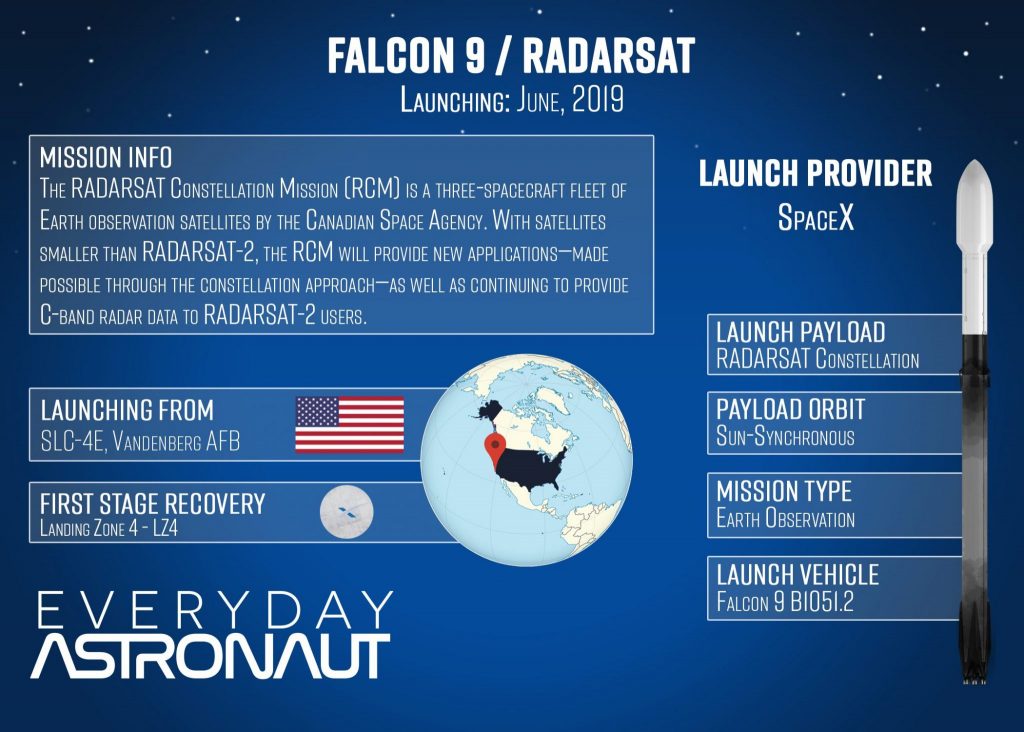 SpaceX will be launching the RADARSAT constellation for the Canadian Space Agency (CSA) on a Falcon 9 rocket from Space Launch Complex 6 (SLC-6) at the Vandenberg Air Force Base (VAFB).

The constellation consists of three identical satellites built by MacDonald, Dettwiler and Associates Ltd. (MDA). Each satellite weighs 1,430 kg (3,153 pounds). The primary instruments onboard are a C-Band synthetic aperture radar and an Automatic Identification System. The objectives of the mission are to perform maritime surveillance, including ship detection, ice monitoring, oil pollution monitoring and marine wind measurement, as well as disaster management and environmental monitoring. The satellites will fly in a Sun synchronous low Earth orbit at an altitude of approximately 600 km (373 miles), at an inclination of 97.74 degrees with each orbit taking about 96 minutes. 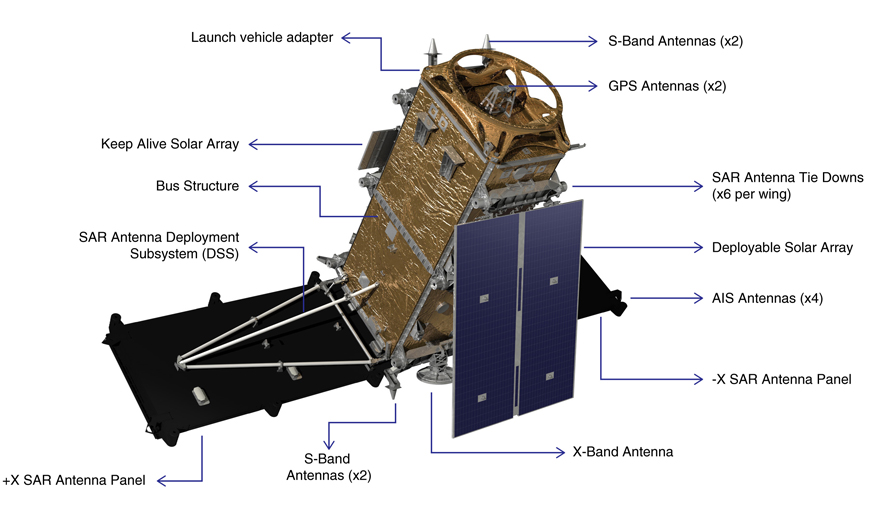 This is the third RADARSAT mission for the CSA. RADARSAT-1 launched aboard a Delta II rocket on November 4, 1995, ending its mission on March 29, 2013. RADARSAT-2 launched on a Soyuz-FG/Fregat rocket on December 14, 2007 and is still active.

The Falcon 9 booster being used is B1051. This will be its second mission, it previously flew the Demo 1 mission for Crew Dragon on March 2nd of this year. After deploying the three satellites, the Falcon 9 will boost back to VAFB and land at Landing Zone 4 (LZ-4). A recovery of the fairings is not expected.

How expensive is the payload?

Thank you for this blessing of a website. YASSSS

So what happens to the second stage? Does it do its own boost-back burn to deorbit?