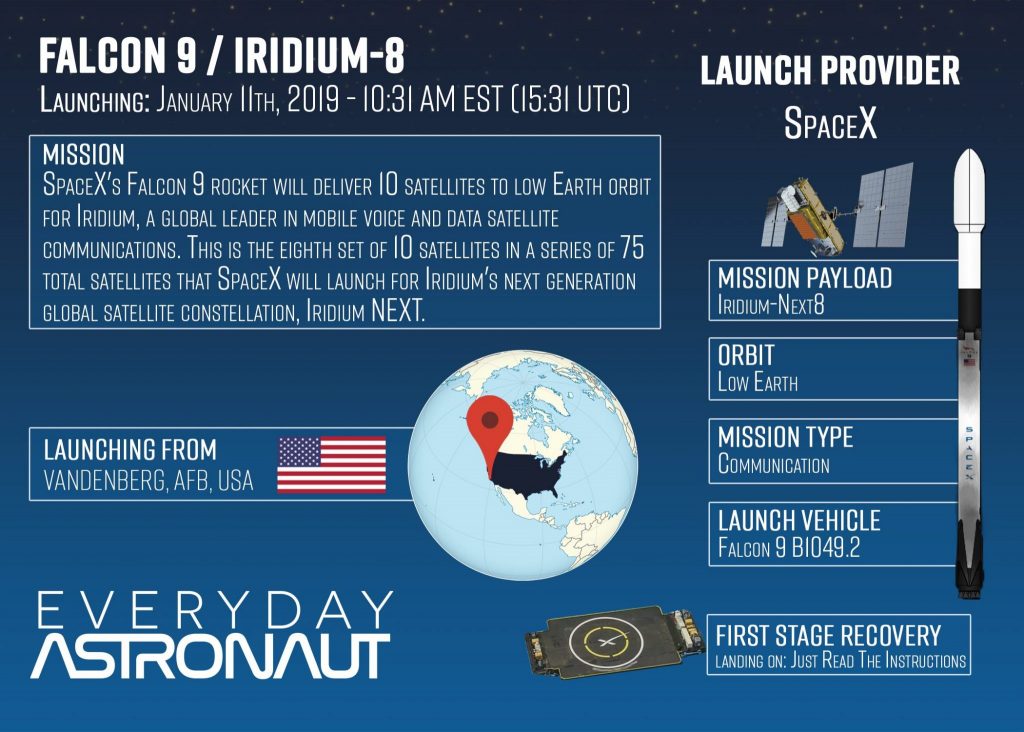 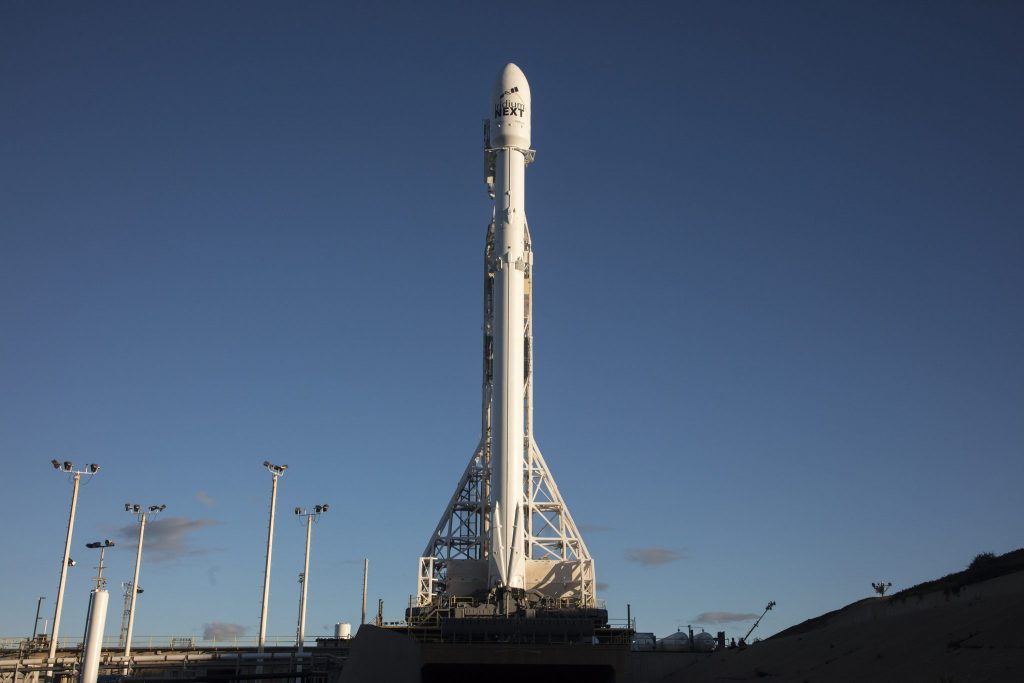 Falcon 9 B1029 on the launch pad for the Iridium 1 mission (credit: Spacex)

The satellites in the Iridium Next constellation were built by Thales Alenia Space. 66 of the satellites will be active, the other 9 are on orbit spares. The constellation provides global voice and data communications on land, at sea and in the air. 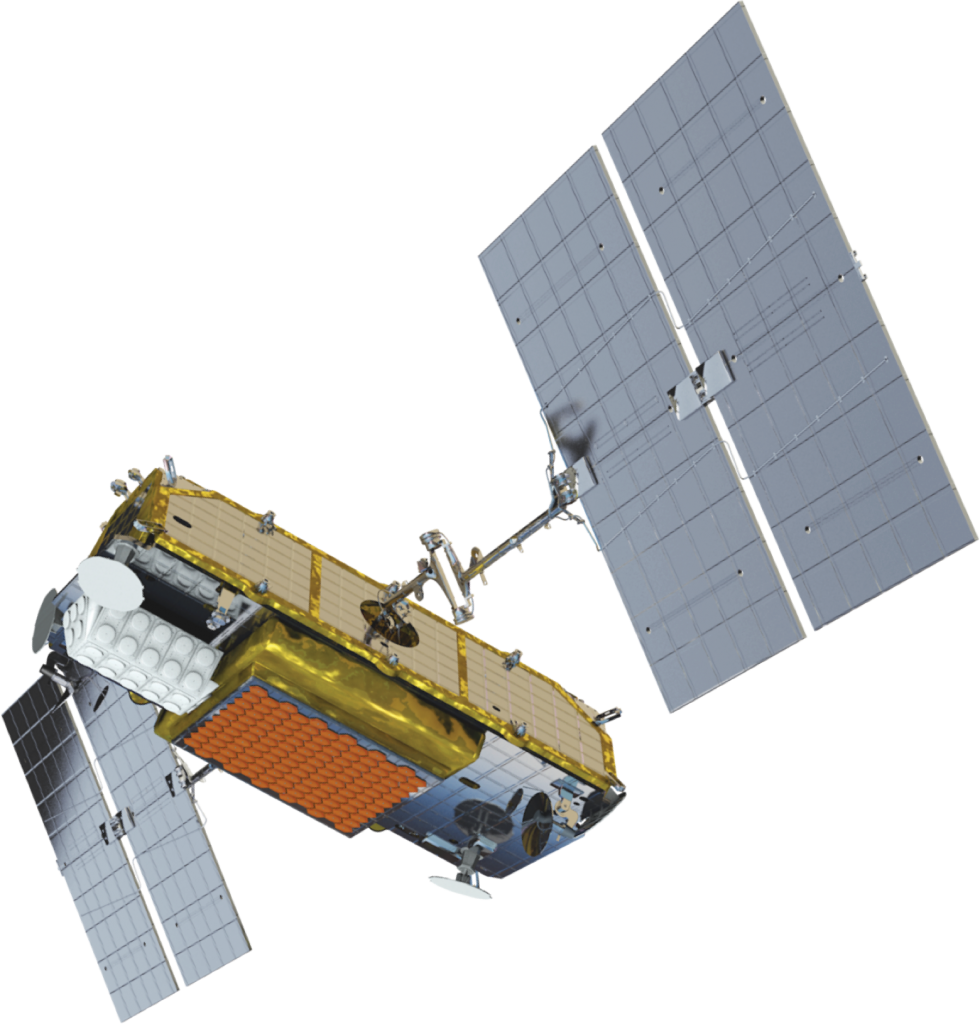 The Falcon 9 will take off from SLC-6 at the Vandenberg Air Force Base. The first stage booster being used for this launch, B1049, previous flew the Telstar 18V mission from SLC-40 at the Cape Canaveral Air Force Station on September 10, 2018. After separation from the second stage, the booster will be landing on the west coast drone ship, Just Read the Instructions. A recovery of the fairings will not be attempted.

Tim Dodd, the Everyday Astronaut, will be livestreaming this launch starting at T minus 30 minutes. So come ask questions and join the conversation live! If you want the best way to know when a launch is coming, I’d suggest downloading the SpaceXNow OR Launch Alarm apps to stay in the know!

is the picture an real one or from an older mission cause you don´t see the black interstage or did they change it ?

Just read. Its from the first iridium-mission.

The first picture at the top is the real picture and you’ll see the black interstage. You might be looking at the other picture depicting the first Iridium mission in the “What’s all this mean?” section.

idc about my name Reply

i’m not positive, but its probably an old one…

I really hope I can see this one, I’m in the Sacramento area and missed the last launch by like 2 min. I really need to go see a heavy in person as well. do you think he will stream the star hoppers first jump?

RYAN D, Iridium 6 only launched 5 Iridium NEXT satellites along with 2 NASA GRACE-FO satellites.

Looks like Mr. Steven is out right now and practicing on catching fairings before tomorrow?
Ref marinetraffic and flightradar24