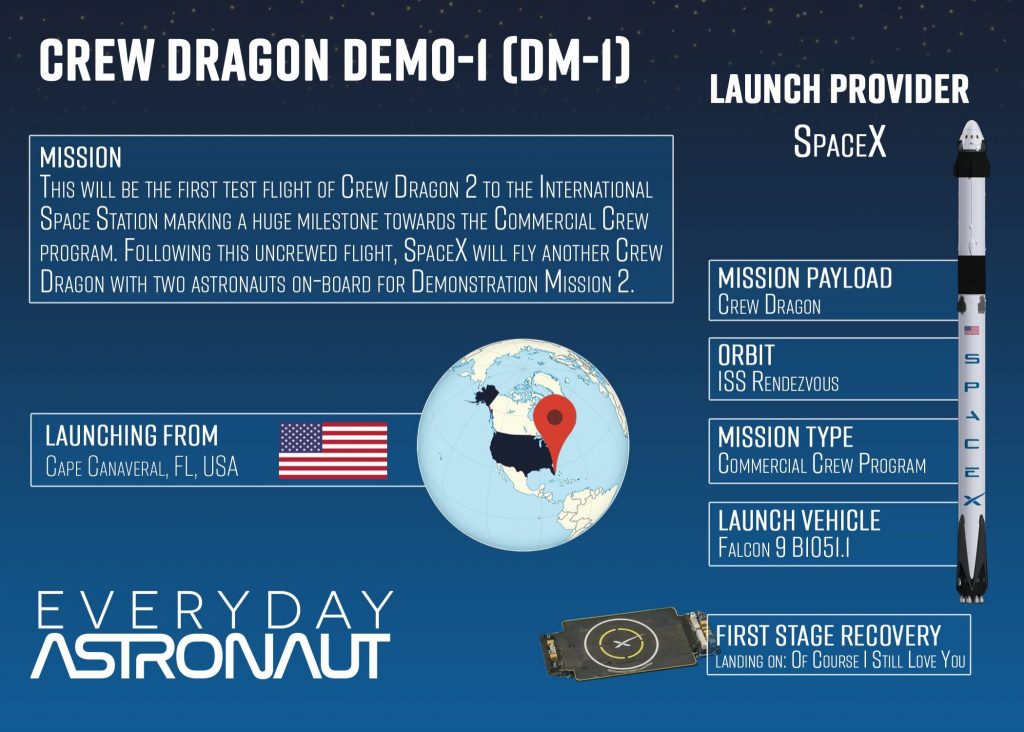 SpaceX will be launching their first Dragon 2 to the International Space Station. This Dragon 2 is configured for crew, but there will be no crew on board for this demonstration mission. However, there will be an anthropomorphic test device wearing a SpaceX spacesuit on board named Ripley, as well as some supplies and equipment. 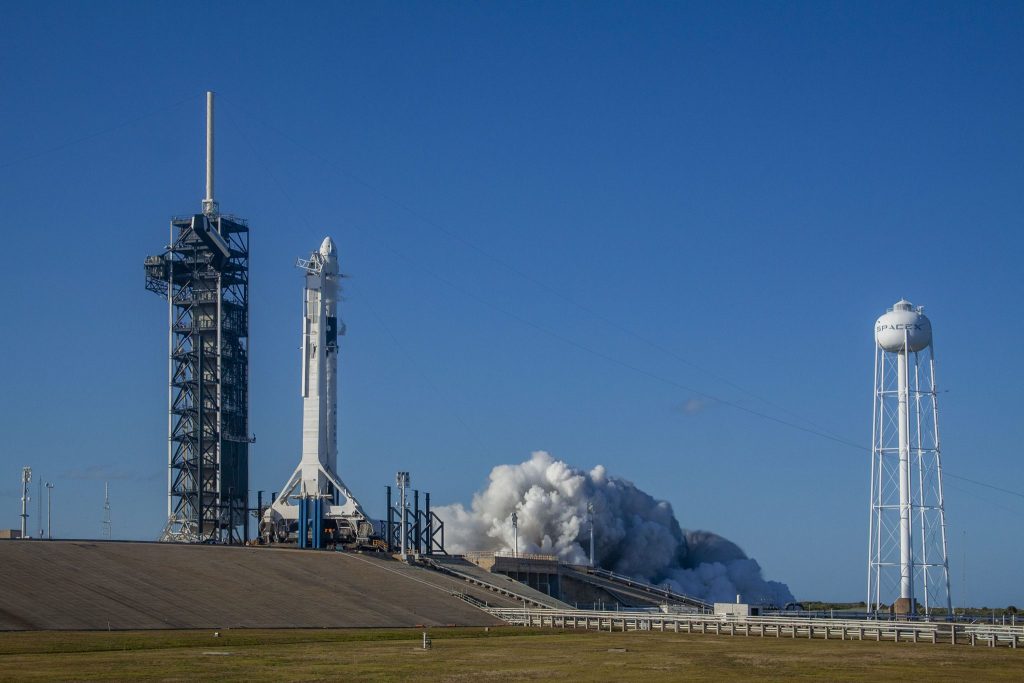 This mission is SpaceX’s first flight in their Commercial Crew Transportation Capability (CCtCap) contract. The initial funds for NASA’s Commercial Crew Program were provided in the American Recovery and Reinvestment Act of 2009. With the Space Shuttle set to retire following the completion of the International Space Station in 2011, NASA sought a safe, reliable and cost effective crew transport to low Earth orbit. 38 companies submitted proposals and 5 companies were chosen and awarded Commercial Crew Development phase 1 (CCDev1) contracts. SpaceX was not one of these 5, but they were selected during the second phase (CCDev2) in 2011. You can learn more about the Commercial Crew Program on NASA’s website.

The objectives of this Demonstration Mission include: 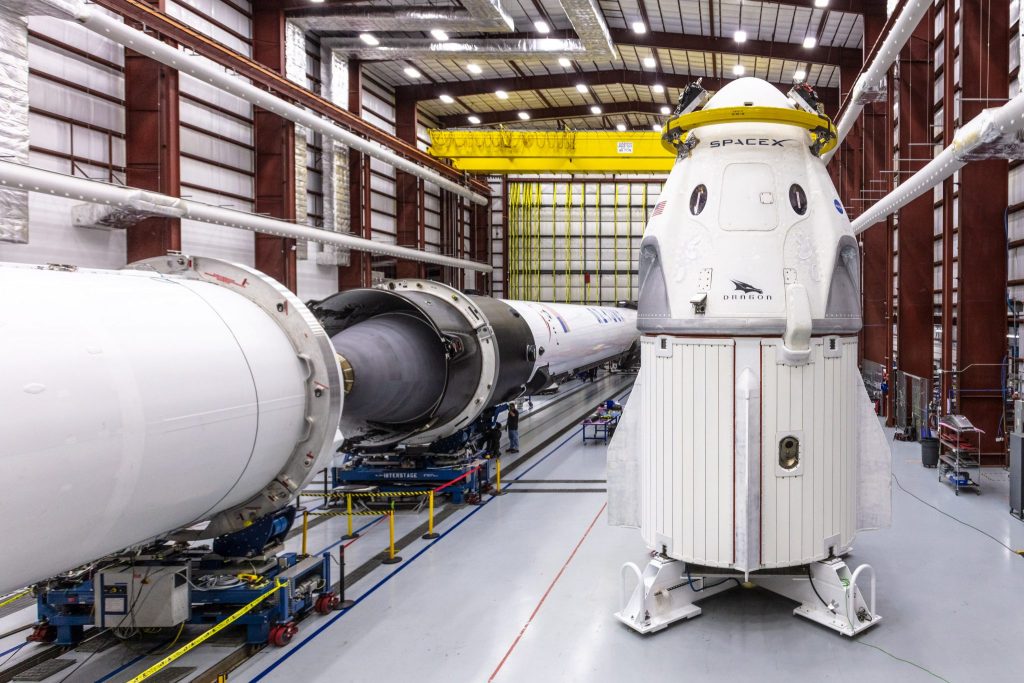 Dragon 2 will be launched aboard a new Block 5 Falcon 9 rocket. The first stage booster will burn for approximately 2 minutes and 35 seconds before shutting down and separating from the second stage. The first stage booster will be landing approximately 492 km (306 miles) downrange on the Autonomous Spaceport Drone Ship (ASDS) Of Course I Still Love You (OCISLY). Landing is expected to occur 9 minutes and 52 seconds after liftoff.

The Merlin vacuum engine on the second stage of the Falcon 9 will burn for approximately 6 minutes and 17 seconds, propelling the Dragon 2 to low Earth orbit. Dragon 2 and the second stage will separate 11 minutes after liftoff. The nosecone open sequence will begin about 1 minute later.

After performing a series of maneuvers throughout the day, Dragon 2 is expected to arrive at the International Space Station early Sunday morning. NASA TV coverage will begin at 08:30 UTC (3:30 AM EST). Astronauts Anne McClain and David Saint-Jacques will be monitoring from the Cupola as Dragon 2 approaches the station. Autonomous docking to the International Docking Adapter is expected to occur around 11:00 UTC (6:00 AM EST). Hatch opening will occur about 2 hours and 30 minutes later. 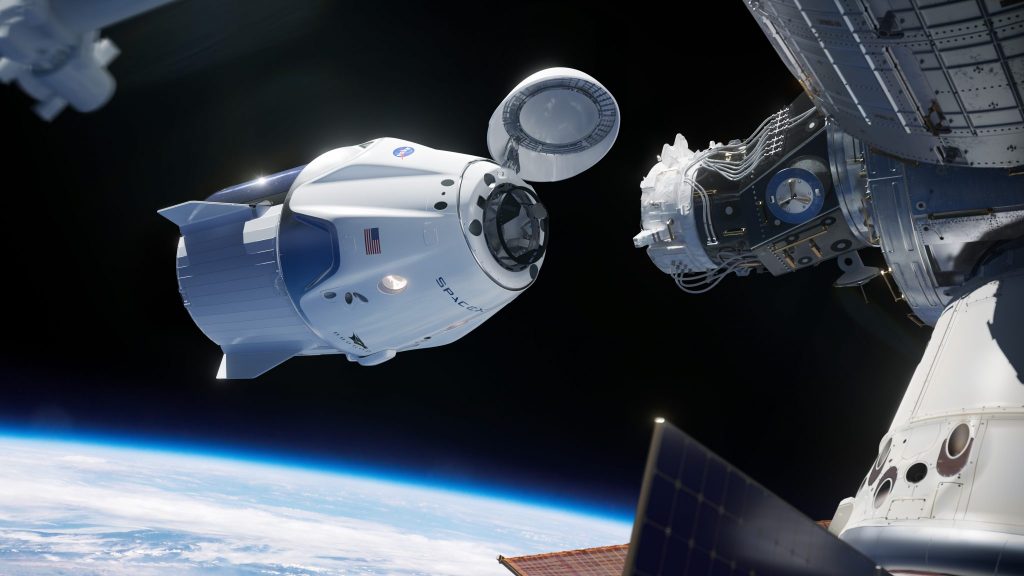 Dragon 2 will remain at the station until March 8th. Undocking is planned for 07:30 UTC (2:30 AM EST). It will maneuver away from the station and perform its deorbit burn approximately 5 hours later. Splashdown in the Atlantic Ocean is expected to occur at 13:45 UTC (8:45 AM EST). NASA TV will be providing coverage of these events.

Go Searcher and other members of SpaceX’s east coast fleet will recover Dragon 2 from the ocean and bring it back to Port Canaveral. This Dragon 2 will be refurbished and used again later this year during SpaceX’s In Flight Abort test. 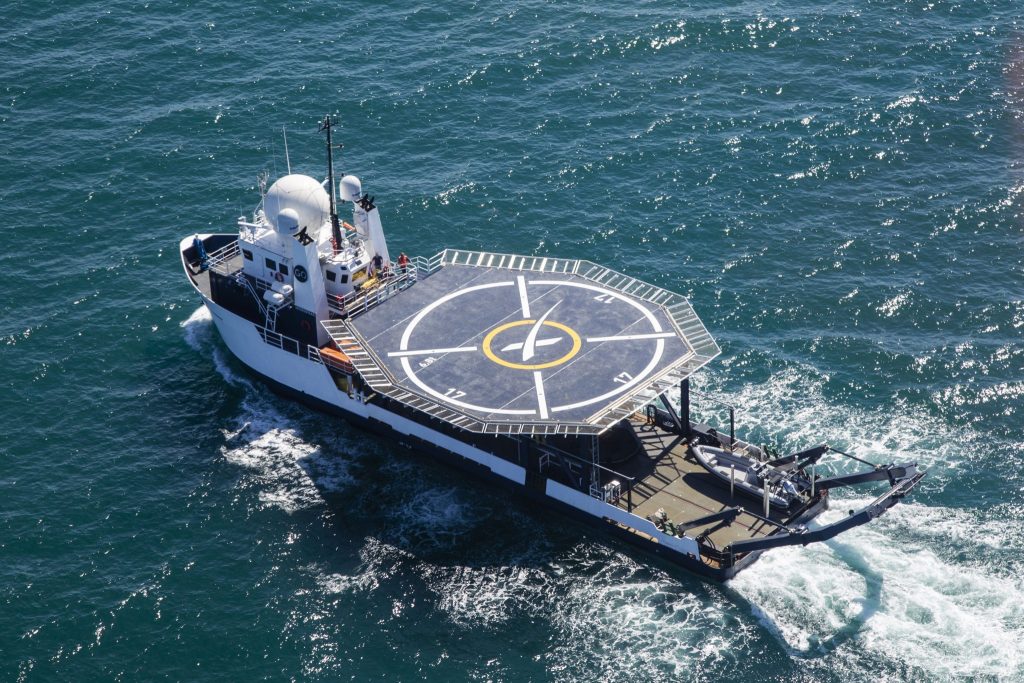 To learn more about SpaceX’s Dragon 2 and Boeing’s CST-100 Starliner, check out this video by the Everyday Astronaut.

Tim Dodd, the Everyday Astronaut, will be livestreaming a prelaunch Q&A at 05:30 UTC (12:30 AM EST). He will also be livestreaming this launch from the Press Site at Kennedy Space Center in Florida starting at T minus 1 hour. So come and watch the launch with Tim from the closest vantage point available.

If you want the best way to know when a launch is coming, I’d suggest downloading the Next Spaceflight app to stay in the know!

an anthropomorphic test device wearing a SpaceX spacesuit aka Starman?

So what happens every time Ripley shows up at some space ship type place….

That statement is in regard to Rendezvous and Docking Sunday morning. NASA TV’s launch coverage will start at 07:00 UTC (2:00 AM) EST Saturday morning. NASA TV timings for all events here: https://www.nasa.gov/press-release/nasa-spacex-demo-1-briefings-events-and-broadcasts

Can’t wait, this is so exciting! Been waiting for that thing to fly for years now! :D

What is intended to land on what appears to the Go Searcher’s landing pad?

That is a landing pad for helicopters.

When and where in the world will the rocket LAND? Will I be able to see the landing from the same point I see the take off? Thanks a lot!

The first stage booster of the Falcon 9 will be landing on the drone ship OCISLY about 500 km downrange. You will not be able to see it from the launch site.

Is there any Whatsapp group of people coming from Hollywood/FL (or somewhere near) to see the launches? I’d like a lift :)