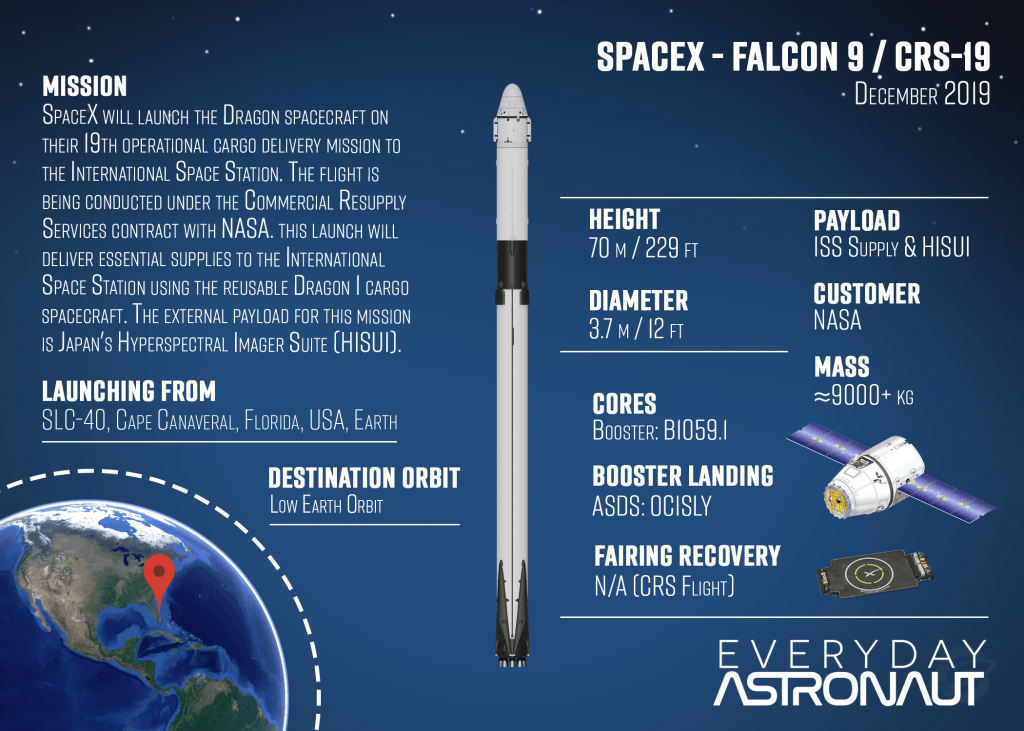 SpaceX will be launching their cargo Dragon spacecraft to the International Space Station (ISS) for NASA. The Dragon — which has flown twice — will be launched on a Falcon 9 (1059.1) from Space Launch Complex 40 (SLC-40) at Cape Canaveral in Florida. The booster supporting this mission is brand new. After the booster releases the second stage and Dragon, it will coast, then perform a reentry burn and landing burn. The booster will land on Of Course I Still Love You, which will be located 345 km down range.

This landing is unusual for a CRS mission, as CRS missions usually always are return to launch site (RTLS). (Every CRS mission since CRS-8 has landed at LZ-1, excluding CRS-17 which had to land on OCISLY (just off shore) due to the investigation of the May 20th anomaly, which was happening on LZ-1.) SpaceX is going to perform a “thermal demonstration” with the second stage after it releases the Dragon spacecraft, testing engine ignition after a long (~6 hour) coast phase. (It is very hard to use a cryogenic upper stage in the vacuum of space, as the propellent is either going to want to boil or freeze.) To ensure that the second stage has enough fuel and oxidizer to do these tests, SpaceX will be doing a longer first stage burn which means they will not have the fuel margins to boost back to LZ-1.

CRS-19 is the 19th commercial resupply mission which was awarded to SpaceX in February of 2016. This is the second to last Commercial Resupply Mission with Dragon 1, the 8th reuse of a Dragon, and the 2nd time a Dragon has been used for 3 times. The Dragon supporting this mission was previously flown on CRS-4 and CRS-11, and was the first Dragon to ever be reused. The cargo Dragon is expected to arrive at the station within two days after lift off. Once it navigates into position, it will be captured by the Canadarm and then berthed to the station a few hours later. NASA TV will be providing coverage of the arrival, capture and berthing. After about 30 days, Dragon will depart the ISS, ditch its trunk, then reenter splashing into the Pacific Ocean. SpaceX will recover the Dragon and bring it back to Hawthorne. 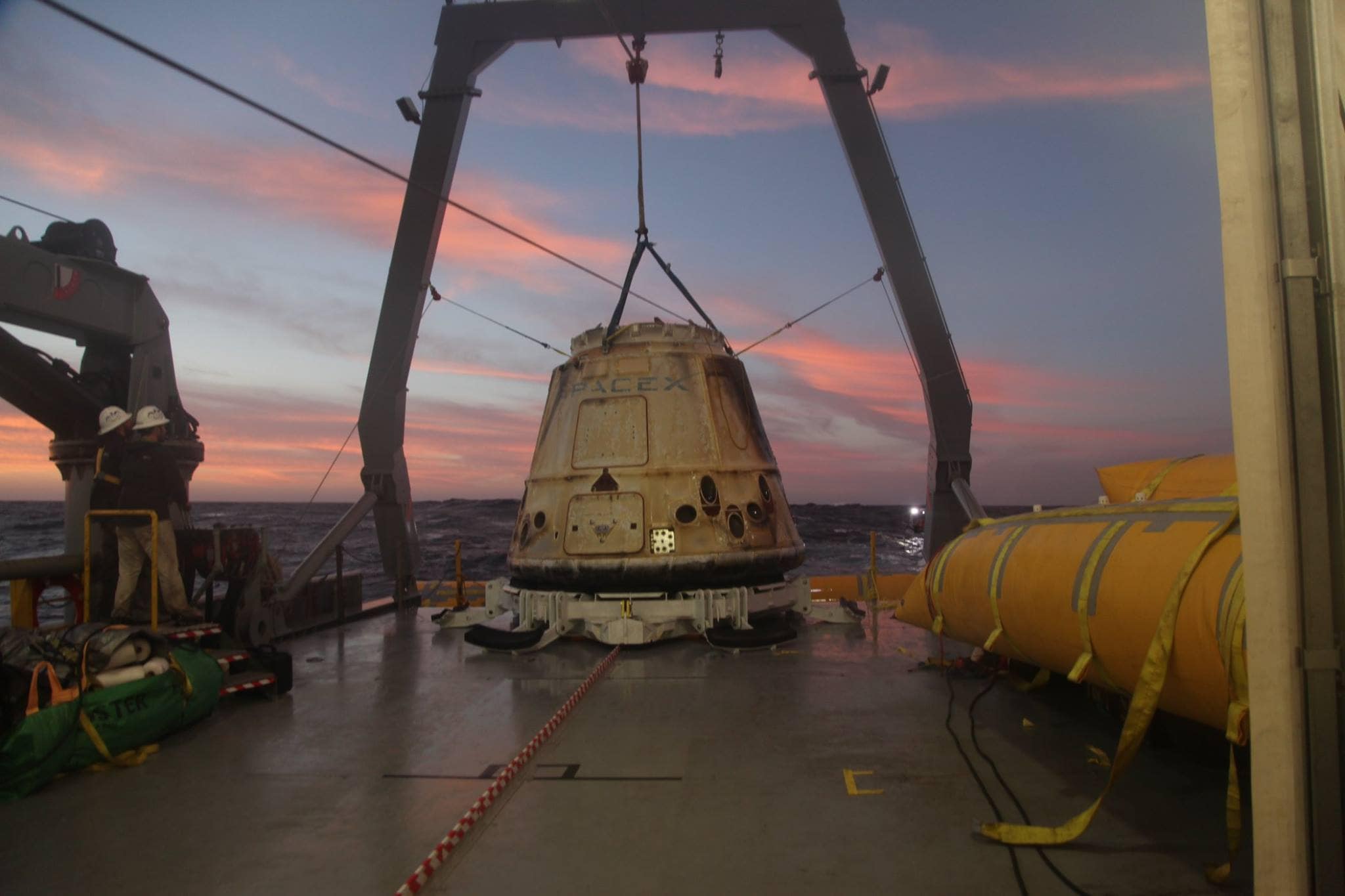 Recovery of Dragon after reentry and splashdown of CRS-5 (Credit: SpaceX)

CRS – 19 highlight blurb is at odds with the detail in further reading. I says it will land at LZ – 1 other info say’s on OCISLY…..

I’ve read that the OCISLY landing is being done to test landing ability with some fuel/oxidizer aboard to simulate a Mars landing.

Hey Tim, you’ve listed the same booster for both of SpaceX’s upcoming flights. (B1056.3)

Instead of only parachutes maybe a string of auto-gyros could also be deployed to start experimenting with that method of recovery/atmosphere braking. Nested propellers on a super high tencil string might weigh less, take less room to store, deploy more reliably and provide some control.

I am curious about the payload – 5 tons (u.s.).
What percentage is regular resupply and maintence vs. new hardware and experiments?

Maybe there is info on how much of the payload is dedicated to life support alone, incldg water food and air(gas for enironment) ?