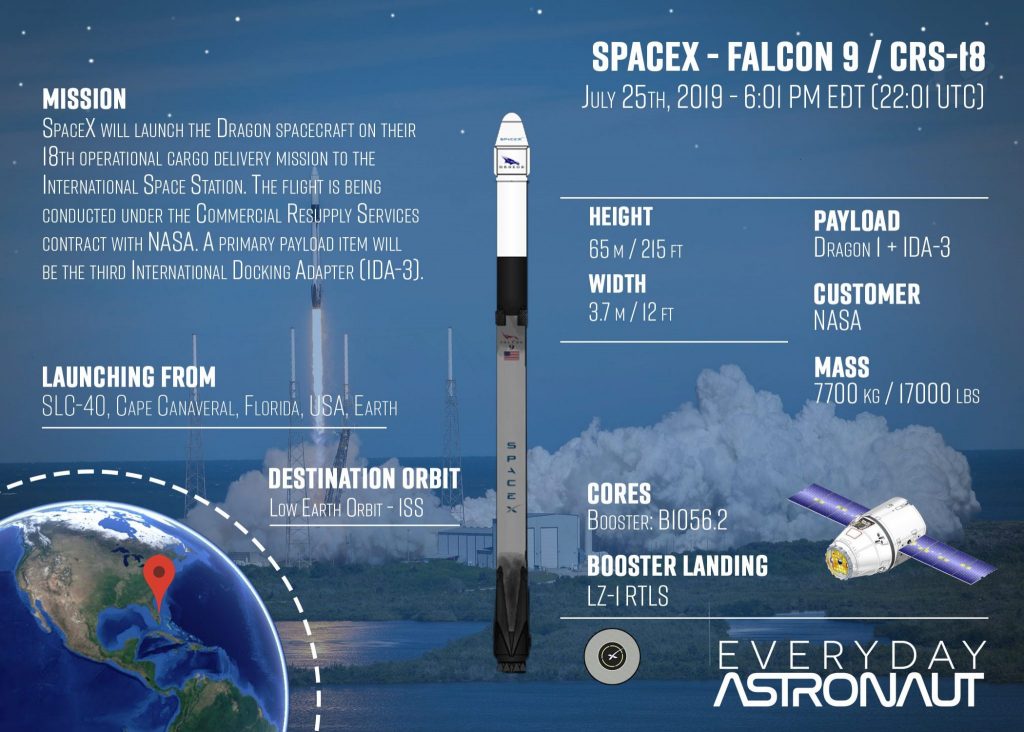 SpaceX will be launching a cargo Dragon on a resupply mission to the International Space Station for NASA. The Dragon will launch on a Falcon 9 rocket from Launch Complex 40 (LC-40) at the Cape Canaveral Air Force Station (CCAFS) in Florida. The first stage booster for this launch, B1056, flew previously for the CRS-17 mission on May 4th of this year. After boosting the Dragon and second stage toward space, the booster will perform a boost back burn to head back towards shore for a landing at Landing Zone-1 (LZ-1).

CRS-18 is the third of five extended Commercial Resupply Services phase 1 missions awarded to SpaceX by NASA in early 2016.  This is the third flight for this cargo Dragon, it previously flew the CRS-6 mission in April of 2015 and the CRS-13 mission in December of 2017, The cargo Dragon is expected to arrive at the station within two days after lift off. Once it navigates into position, it will be captured by the Canadarm and then berthed to the station a few hours later. NASA TV will be providing coverage of the arrival, capture and berthing. 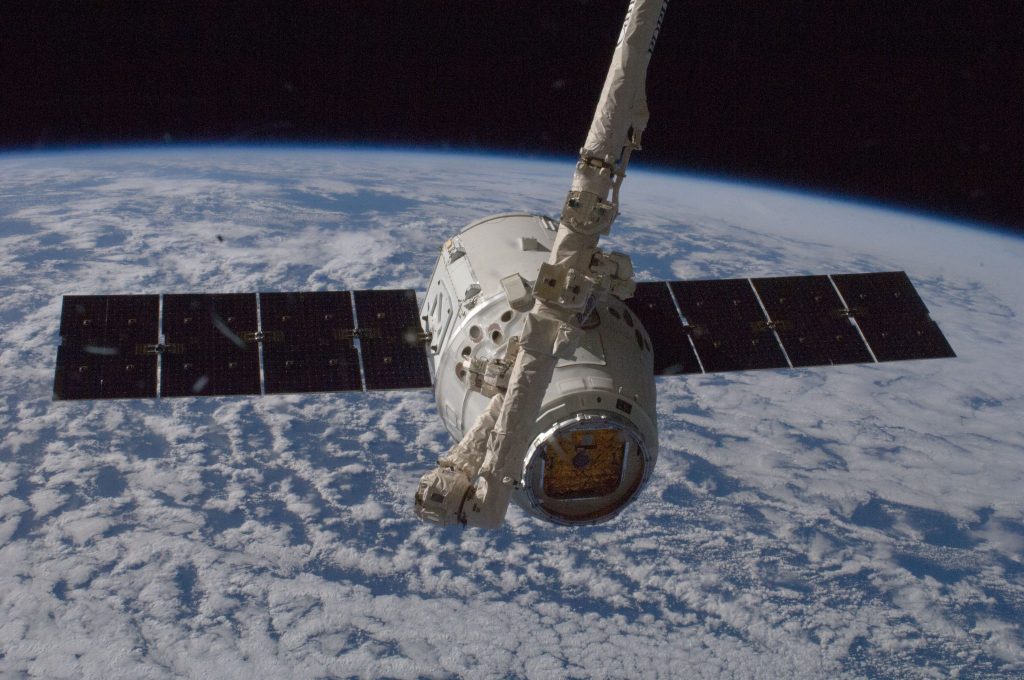 Also being carried on this mission is International Docking Adapter 3 (IDA-3). It will be installed on the Payload Mating Adapter (PMA) located at Node 2’s zenith. In addition to the crew supplies on board, several experiments are manifested for this launch including:

Tim Dodd, the Everyday Astronaut, will be livestreaming this launch starting at T minus 30 minutes. So come ask questions and join the conversation live! If you want the best way to know when a launch is coming, I suggest downloading the Next Spaceflight app to stay in the know!

Thank you so much for posting this. It is hard to find out sometimes if the booster will land at sea or land.

The crs missions only land on land, expect for crs-17 due to… Complications at LZ-1…