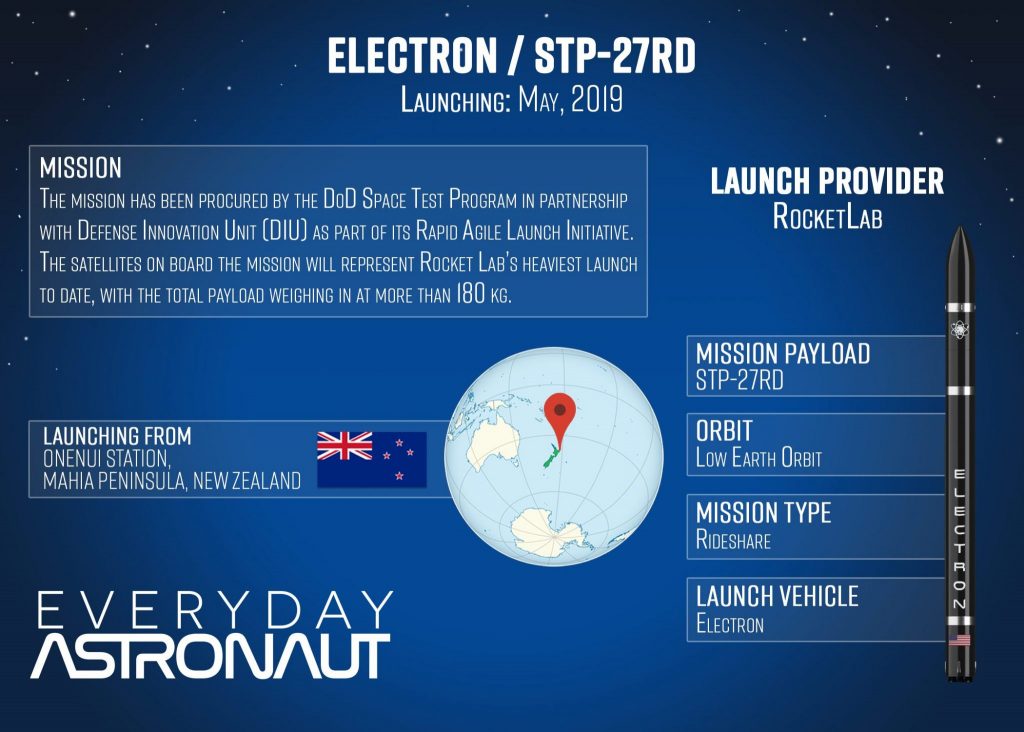 Rocket Lab will be launching their Electron rocket for U.S. Air Force’s STP-27RD mission from LC-1 on the Mahia Peninsula in New Zealand. The first opportunity for launch is between 06:00 and 10:00 UTC on May 4th. There will be opportunities to launch over a 14 day period.

There are 3 payloads for this mission:

This will be Rocket Lab’s second orbital launch in 2019 and the sixth overall launch of the Electron rocket. This Electron rocket is named “That’s a Funny Looking Cactus”, as reference to the location for the administration of the Space Test Program at Kirtland Air Force Base in Albuquerque, New Mexico. 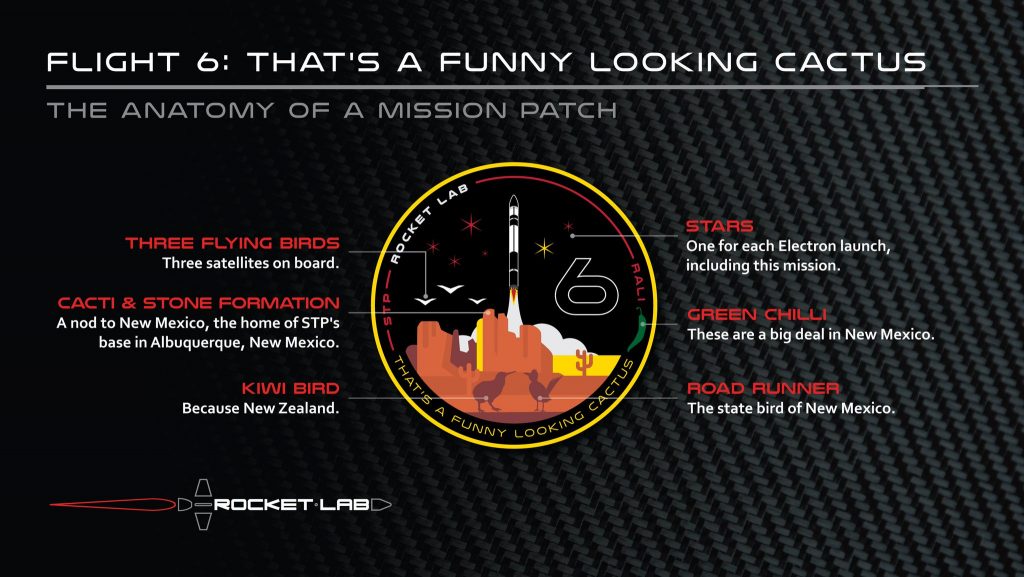 The story behind the STP-27RD mission patch (credit: Rocket Lab)