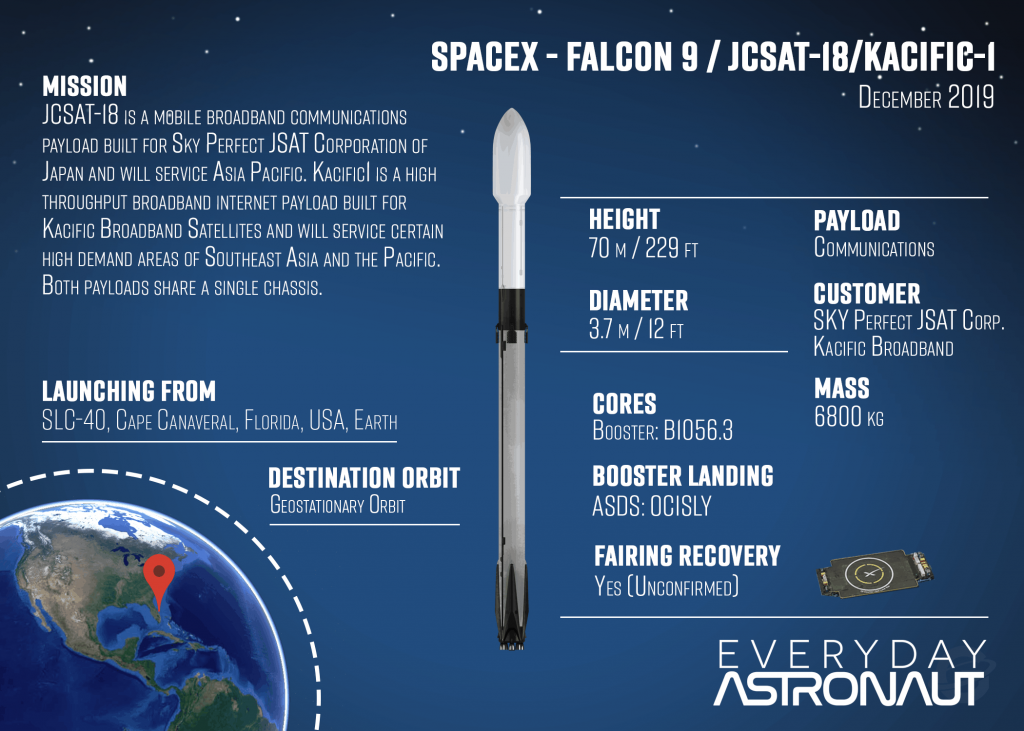 SpaceX will be launching the JCSAT-18 satellite to Geostationary Orbit (GEO) on top of SpaceX’s work-horse rocket, the Falcon 9. The Falcon 9 will launch from Space Launch Complex 40 (SLC-40) at Cape Canaveral Air Force Station, in Florida. The booster supporting this mission (B1056.3) flew on CRS-17 on May 4th, 2019, and again on CRS-18 on July 25th, 2019. The booster is going to be recovered on SpaceX’s droneship,  Of Course I Still Love You. The fairings are going to be recovered on Go Ms. Chief and Go Ms. Tree, which left port on 12/14/19, heading over 700km downrange. This will be SpaceX’s first attempt to catch both fairing halves. Note, they have recovered both halves before, but they have had to fetch one half out of the water. 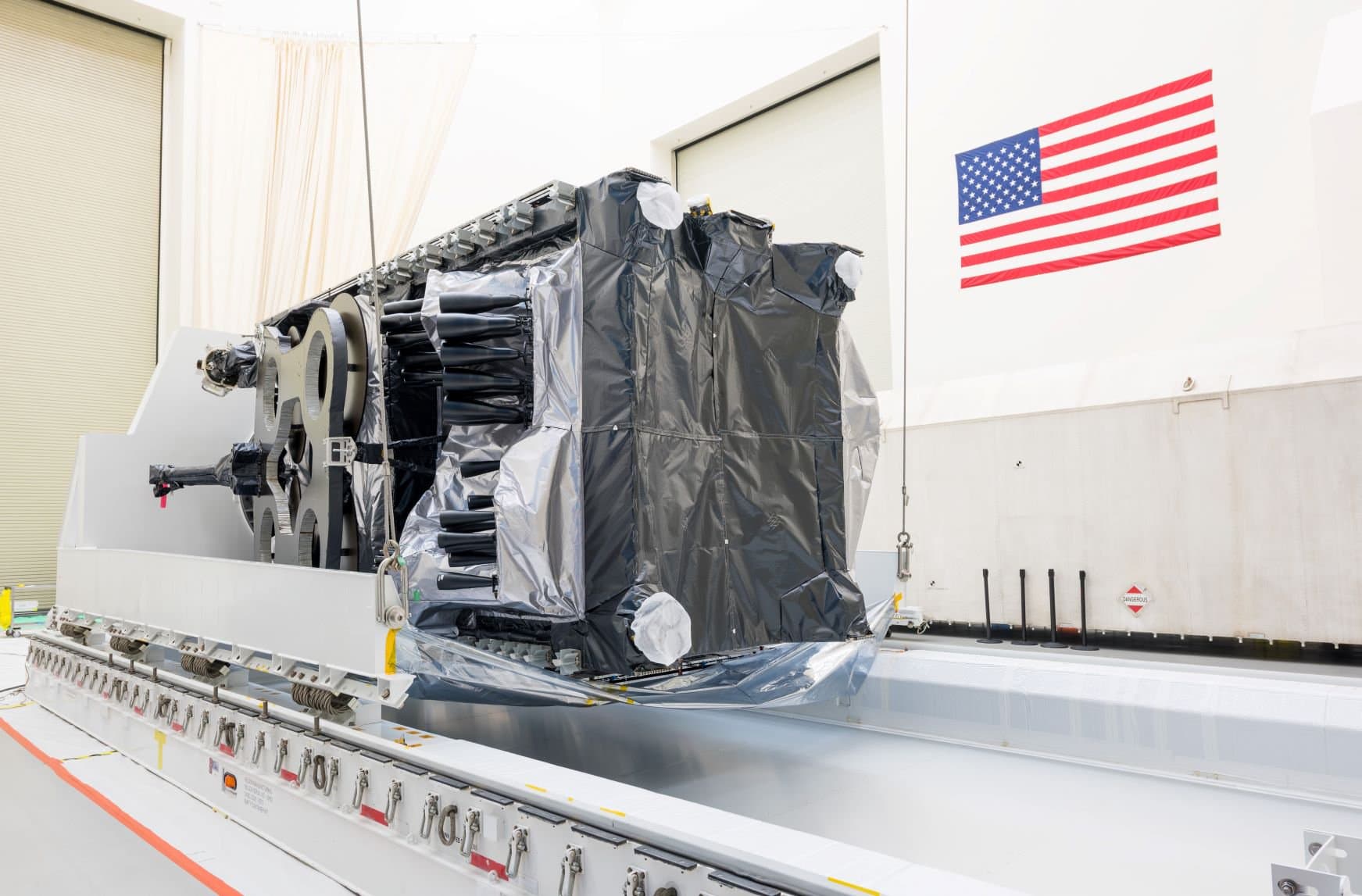 JCSat-18 getting ready to be shipped to SpaceX from Boeing (Credit: Kacific)

This satellite is built on Boeing’s reliable BSS-702MP bus, Boeing’s mid-power bus. This bus covers a diverse category of satellites, from 1,500kg to 6,100kg, 3-18KWh of power output, and can be launched from the Atlas V, Ariane 5, Delta IV, Falcon 9, Proton, and the Sea Launch Zenit 3SL. A satellite bus is a general model on which satellites are often based on, providing and distributing power to the satellite. This allows it to have 56 Ka-band narrow beams, each one of them having a throughput of 1.25 Gbps. This will be the most powerful satellite over this region, as each 1 of the 56 beams is tailored to cover an accurate area of demand over the countries. This satellite will have a 15-year life span.