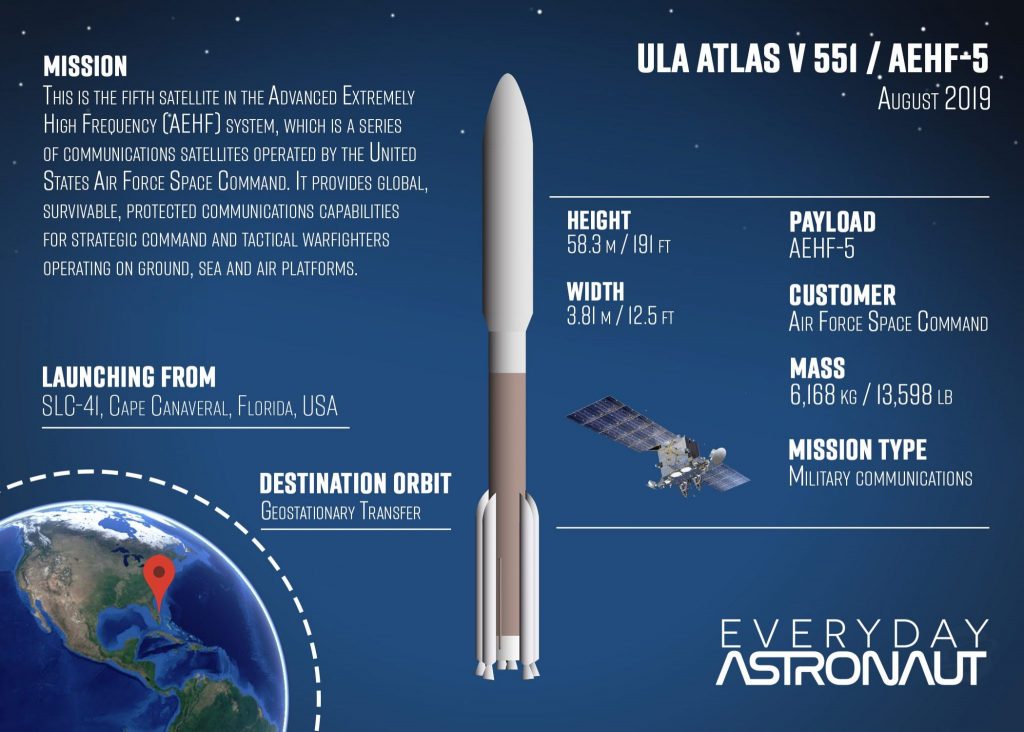 United Launch Alliance will be launching AEHF-5, the fifth Advanced Extremely High Frequency communications satellite for the US Air Force. These satellites provide secure, protected, and jam-resistant communications for high-priority military ground, sea and air assets. Lockheed Martin is the prime contractor for the AEHF satellites. They are a follow-on to the Milstar system satellites which were launched in the mid 90’s and early 2000’s

AEHF-5 will be launched from SLC-41 at Cape Canaveral Air Force Station on an Atlas V rocket flying in the 551 configuration; 5 meter fairing, 5 AJ-60 solid rocket boosters and a single RL10-C engine on the Centaur upper stage. The satellite will be deployed to a geosynchronous transfer orbit approximately 5 hours and 40 minutes after lift off.

The first AEHF was launched on August 14, 2010. Issues were encountered with its kick motor, and it was forced to use its reaction and Hall thrusters to reach its intended orbit. The second launched successfully on May 4, 2012, the third on September 18, 2013 and the fourth on October 17,2018. AEHF-6 is scheduled to launch later this year.

Hoping to catch wide angle photos of the launch. Can you tell me the trajectory? Or where I can find trajectory information online? Thanks.