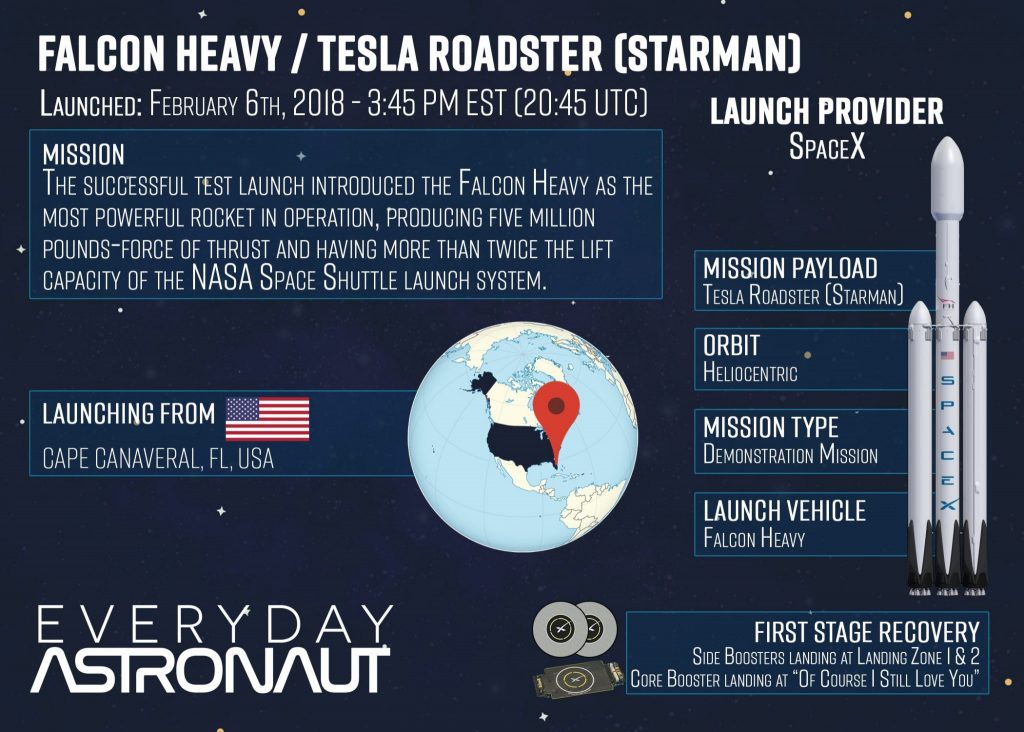 On February 6th, 2018 at 20:45 UTC (3:45 PM EST), SpaceX launched the first Falcon Heavy from Launch Complex 39A at Kennedy Space Center. The 27 Merlin 1D engines on the 2 first stage boosters and core stage roared to life and with 5 million pounds of thrust, them rocket began its ascension toward space. 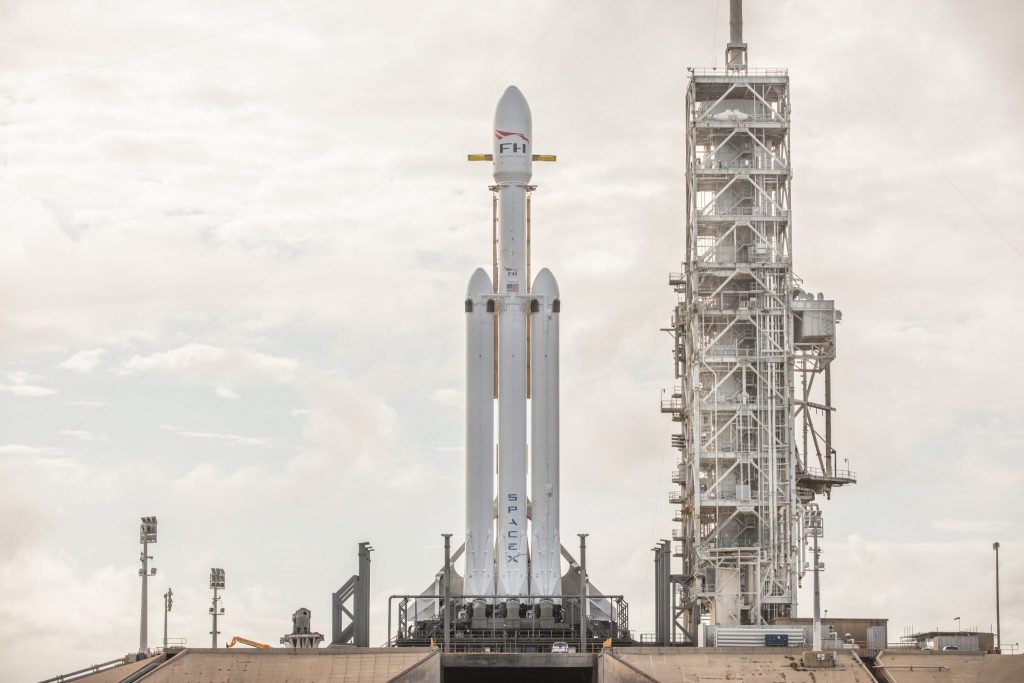 The 2 side boosters had flown previously, one on the Thaicom 8 mission in May of 2016 and the other on the CRS-9 mission in July of 2016. It was the first flight for the core booster. The side boosters burned at full throttle for nearly the entire ascent, while the core stage throttled down shortly after lift off to reserve fuel.

After burning for 2 minutes and 29 seconds the engines on the side boosters shutdown and separated from the core stage seconds later to begin their return to Landing Zones 1 & 2. The center core throttled up and burned for another 31 seconds before separating from the second stage to being its journey toward the drone ship, Of Course I Still Love You.

At 6 minutes and 41 seconds into flight, the two side core boosters performed their entry burns and successfully landed at Landing Zones 1 & 2 just 77 seconds later.

Meanwhile, the core booster began its entry burn at 6 minutes and 47 seconds into flight, but it was unable to successfully perform a landing burn and failed to land on the drone ship. 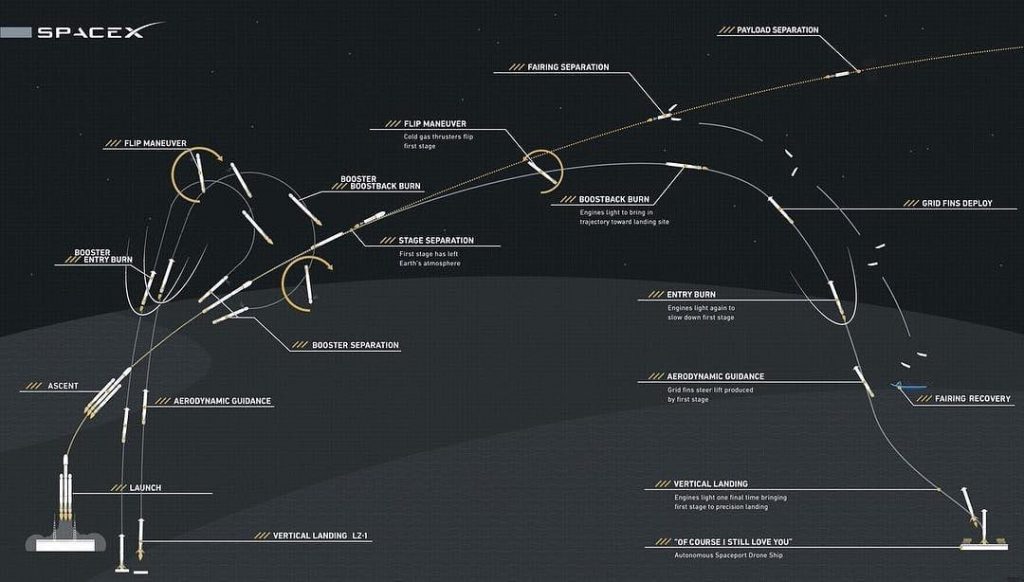 In celebration of the One Year Anniversary, I composed music to Falcon Heavy’s sequence of events.

This 3 song album is based on Falcon Heavy’s actual sequence of events from its inaugural launch, February 6th, 2018 from LC-39A at Kennedy Space Center. These songs represent the emotions I experienced watching the Falcon Heavy launch in person: The suspense leading up to T-0, the rush of adrenaline when side booster ignition occurred at T – 7 seconds, the disbelief and awe at lift off. The following moment was best described by Elon Musk with “Holy flying f*@k, that thing took off.” There was anticipation leading up to maximum aerodynamic pressure, when it settled in that everything was actually going as planned, there was pure euphoria.

At T plus 2:33, with breaths held, Falcon Heavy’s side boosters successfully deployed. With the riskiest part of the test flight over, everyone sat in wonder as the boosters began to fall back to Earth. We were listening intently to the radio call outs as we watched them fall, hoping they would make it back safely. Once the engines lit for the landing burn, the crowd screamed in celebration as the twin boosters landed softly. The call out: “The Falcons have landed.”

The live-stream cut to Starman in orbit, an image that instantly became iconic. An image that immediately awakened the public, called for the world’s attention, and set a new stage for human space exploration.

The video has not been altered in any way from the official SpaceX video here, (Yes, their T clock does jump a few times) Timing of major events was intentionally written to match all sequence of events. There’s also a few fun “Easter eggs” like 27 bars before T-0, the first chord being an F Major (that was one major (F)alcon rocket) and audio samples from the webcast.

Album coming to Spotify, iTunes, Google Play, and many more in April, 2019. 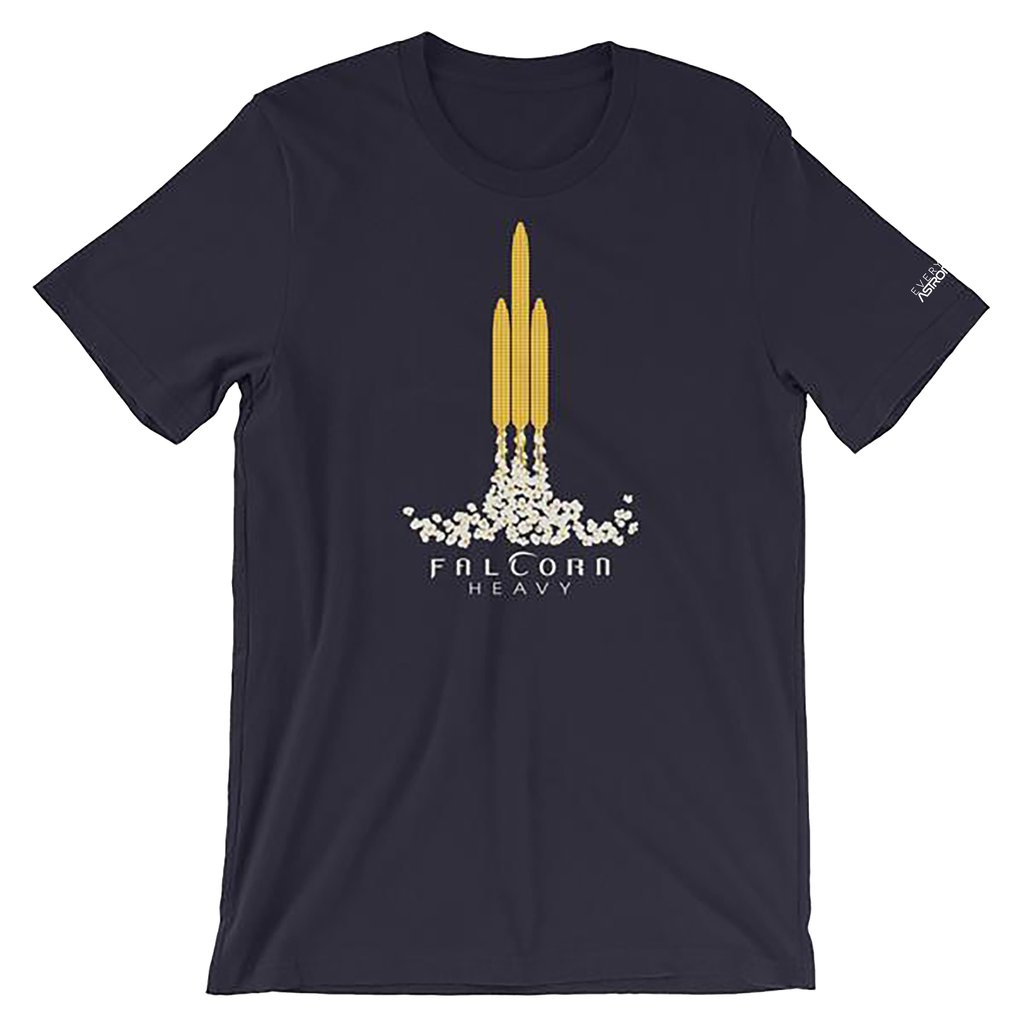 Would it be possible to do a video devoted to answering, in a comprehensive and general way, the question: “Why are there so MANY announced delays to launches?”. These frequent and incredibly numerous delays seem to go way beyond what a reasonable person might expect in an uncertain world. At times (actually quite often) the number of these delays is so many and so extreme – that I think the topic deserves a video all it’s own.

To give you just one example of what I mean, on this website:
https://spaceflightnow.com/launch-schedule/,
you can find this insane announcement (when you look at it with naive, fresh eyes):

Why and how are these announcements made anyway? Would LOVE to know the answer to this question. As far as I can tell, no one ever addresses the issue beyond the specifics of each individual case. Is there a general, systemic, overarching reason for this madness?

Tim,
I thought I saw you last year at the Wallops Is launch brief for CRS OA-09 and was wondering if you will covering Antares NG-11 for the ISS on 17 April 2019?
(also noticed that it has yet to be listed above :) )
Here’s the info from Space.com:

Would be awesome to have a webcal calendar we could subscribe to in order to have these marked off with reminders and have links that point to either the event page and/or the live stream.

Video of this weeks launch of Falcon Heavy.

I love your work.

Please let me know if I can help.