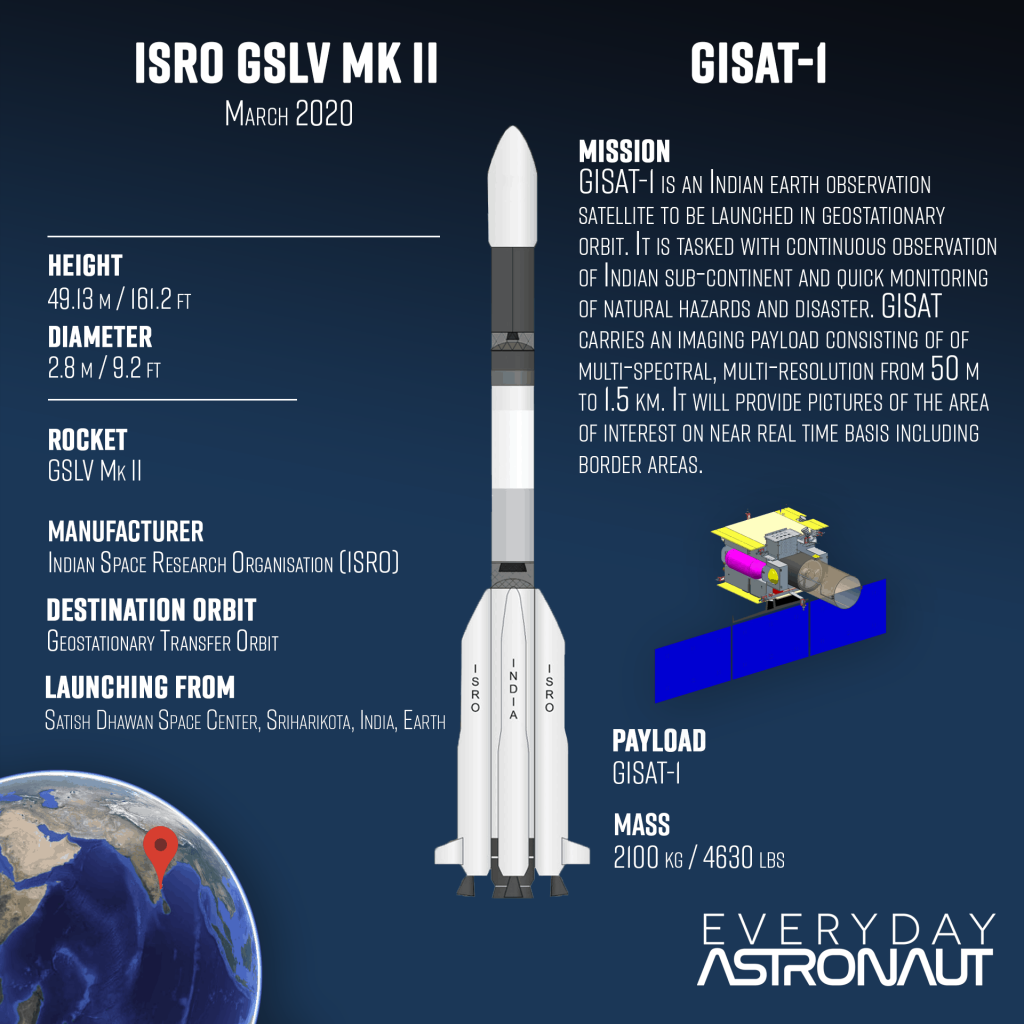 The Geostationary Satellite Launch Vehicle (GSLV) built and operated by the Indian Space Research Organization (ISRO) will be launching the GISAT-1, a geostationary Earth-observing satellite. It will operate in geostationary orbit above the Southern India region after being launched from Sriharikota, India. ISRO named the mission GSLV-F10/GISAT-1.

The rocket consists of three stages and four liquid engine strap-on rocket motors that use UDMH and N2O4. The solid propellant first stage uses Hydroxyl-terminated polybutadiene (HTBP) and has a burn time of around 100 seconds. It’s important to keep in mind that once a solid motor is ignited, there is no shutting it off.

Also used by the second stage, Unsymmetrical dimethylhydrazine (UDMH) is the fuel of choice which has been used since the 1950s by many rocket companies, and Nitrogen tetroxide (N2O4) is the oxidizer of choice. Finally, the third stage uses more familiar and frequently used propellants, Liquid Oxygen (LOX) as the oxidizer and Liquid Hydrogen (LH2) as the fuel. Using all the energy from these stages combined, ISRO can launch up to 2,500 kg to Geostationary Transfer Orbit (GTO)!

GISAT-1 is an Earth-observing satellite built by and for ISRO. It will live in geostationary orbit above the Indian subcontinent continually taking near real-time images of the area intended for weather and natural disaster forecasting.

There is a wide range of imaging cameras with various filters such as visible, near-infrared, and thermal. Among the cameras include a 700 mm Ritchey-Chretien telescope and multiple other high-resolution cameras which are all managed by an onboard system. All in all the satellite weighs about 2,100 kg (4,630 pounds) wet and around 1,000 kg (2,200 pounds) without propellant. 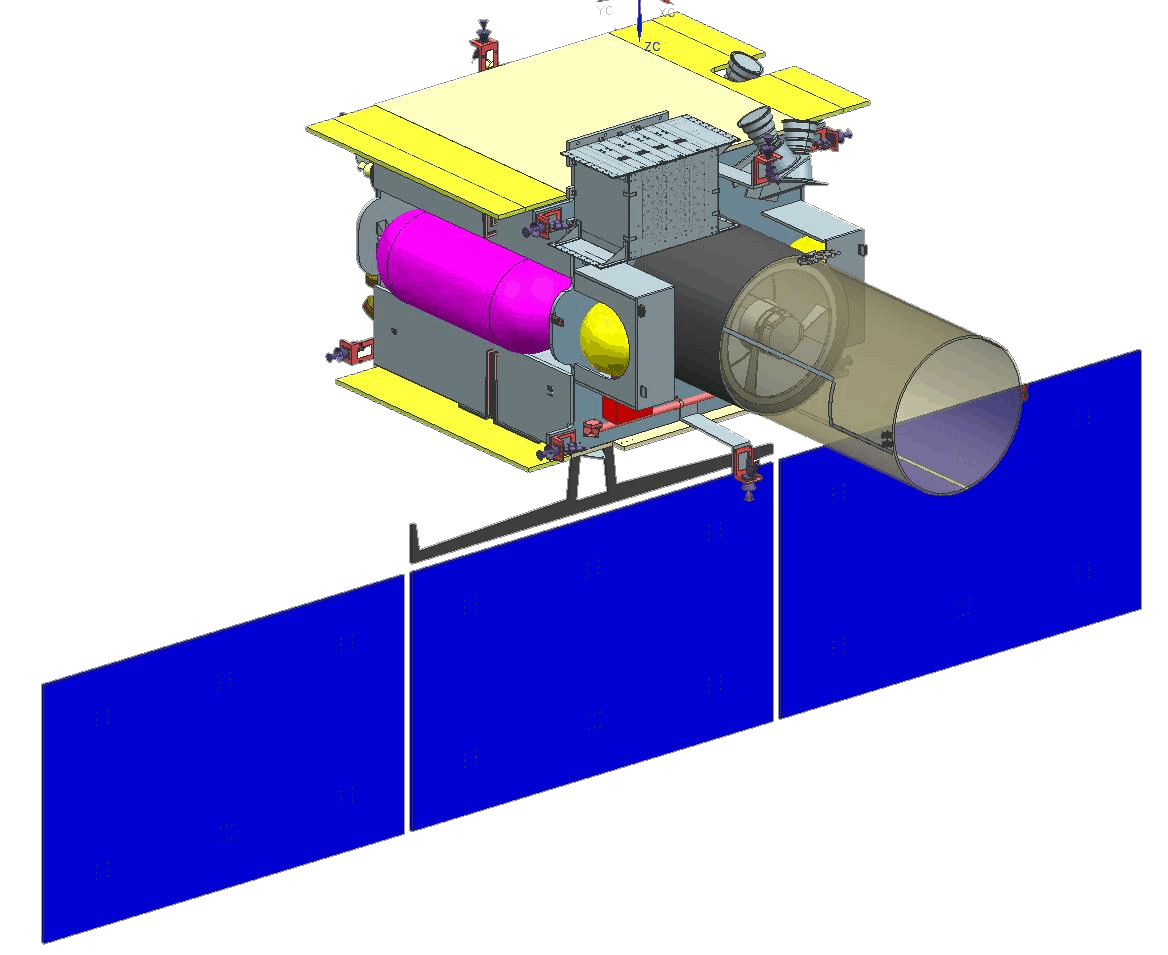 A computer model of the GISAT-1 satellite.

Check out this video from ISRO about their upcoming mission:

Keep an eye on this Prelaunch Preview and SpaceLaunchNow  for T-0 updates and more!

“THIS WILL BE THE:
1st launch for ISRO this year (2020)
8th launch of an Indian CYRO upper stage
14th launch of a GSLV rocket (Mk I and Mk II)
76th launch vehicle mission from SDSC SHAR”

Noticed a typo. Thought I’d let you know (cyro instead of cryo)