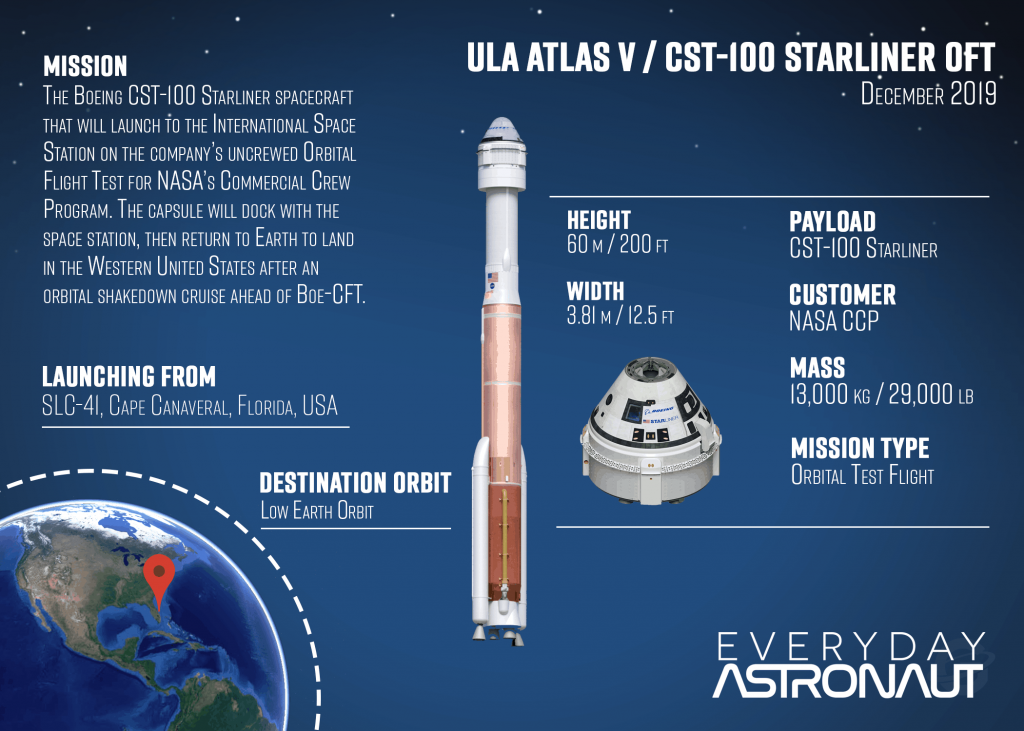 There is a LOT to digest here. Let’s start with the Commercial Crew Program (CCP). The CCP is a NASA-funded program to launch American astronauts — and eventually, astronauts/cosmonauts from other countries — on American rockets from American soil. The last time this happened was in July 2011 on the final Space Shuttle mission, STS-135.  Since the Shuttle’s retirement, NASA has relied on the Russian Soyuz spacecraft to get crews to and from the International Space Station (ISS). To replace the Shuttle as a crew transporter, NASA picked two private-sector companies – Space Exploration Technologies Corporation (SpaceX) and The Boeing Company (Boeing). Each company has developed next-generation spacecraft to transport astronauts to and from the ISS using different rocket boosters for double redundancy. 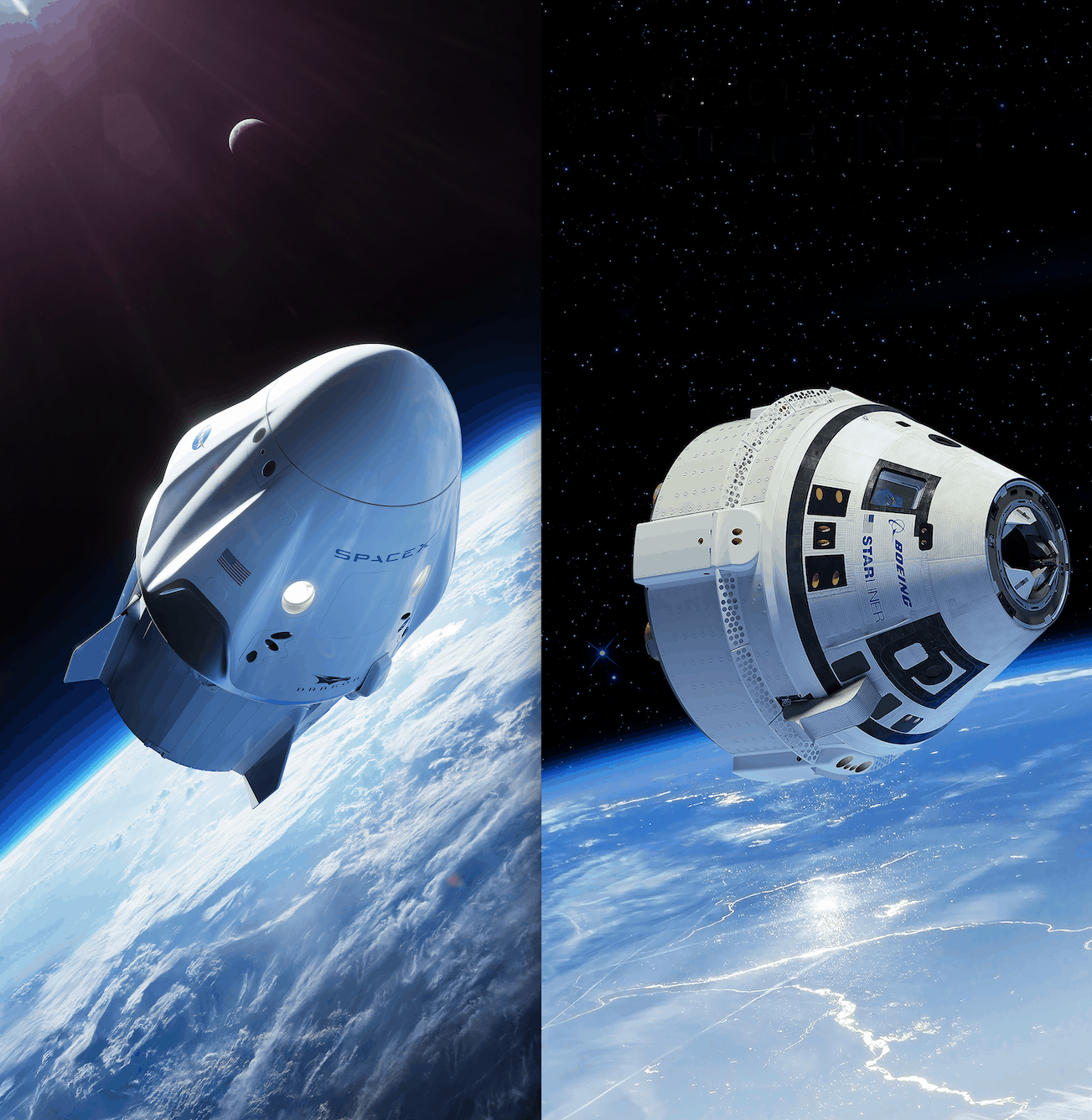 An Atlas V N22 rocket will launch Starliner on this mission. But wait, what does “N22” mean, anyway? The last three numbers or letters of the rocket name of an Atlas V denote the configuration of the rocket. The first number/letter shows the fairing diameter size (in meters, of course). The letter “N” is for “none” or “no fairing.” The second number determines the number of strap on solid rocket boosters (SRBs). It can range from 0 to 5, and in this case, there are two directly opposite each other on the center core. The third and final number refers to the number of engines on the Centaur Upper Stage, which can be either one or two. This mission will be the first time that the dual-engine Centaur will ride on an Atlas V rocket. The upper stage has two engines to allow for a shallow flight path in case of an abort. So to review, this rocket has NO fairing, two solid rocket boosters, and two engines on the Centaur Upper Stage.

If you want an in-depth exploration of both CCP spacecraft, check out Everyday Astronaut’s video comparing the two! It also talks about the different Atlas V configurations with an added visual. AND check out his article on the video too!

The primary purpose of this mission is to test the capabilities of the CST-100 Starliner. After the spacecraft undocks from the station, it will de-orbit and attempt to land at its primary landing zone at Whites Sands Test Range in New Mexico.

Keep an eye on this Prelaunch Preview and SpaceLaunchNow  for T-0 updates and more!

In “MISSION NAME AND WHAT IT IS” is fill “CST-100 Starliner Orbital Flight Test (Uncrewed)” so shortcut is OFT… but at picture is “MISSION TYPE” – “Orbital Test Flight” shortcut is OTF… My question is simple… What is correct name of this test? Thank you for reply… Jirka from Czech Republic.

Hello Jirka, the correct name is “CST-100 Starliner Orbital Flight Test (Uncrewed)” where the shortcut would be OFT. “MISSION TYPE” refers to what type of mission it is. The terms “Orbital Flight Test” and Orbital Test Flight” can be used interchangeably. When referring to mission type, you wouldn’t normally use a shortcut/acronym.

Hi am i on stream lol

Good morning Tim, since they would not let you get video of the instrument panel and its controls, what Can you tell us about cockpit instrument console? And thanks your awesome!

Thanks, Tim. Boeing’s positive spin on the 85% success of the OFT is that “the CST-100 became the first-ever, crew-capable space capsule to make a land-based touchdown in the United States” (Wikipedia entry). However, Blue Origin has tested land-based touchdown at least 3 times with its New Shepard capsule, the first being since 23 November 2015. Would you please explain the difference?

The difference would be that Starliner would be an orbital capsule carrying crew, compared to Blue Origin’s capsule which only does short suborbital flights.