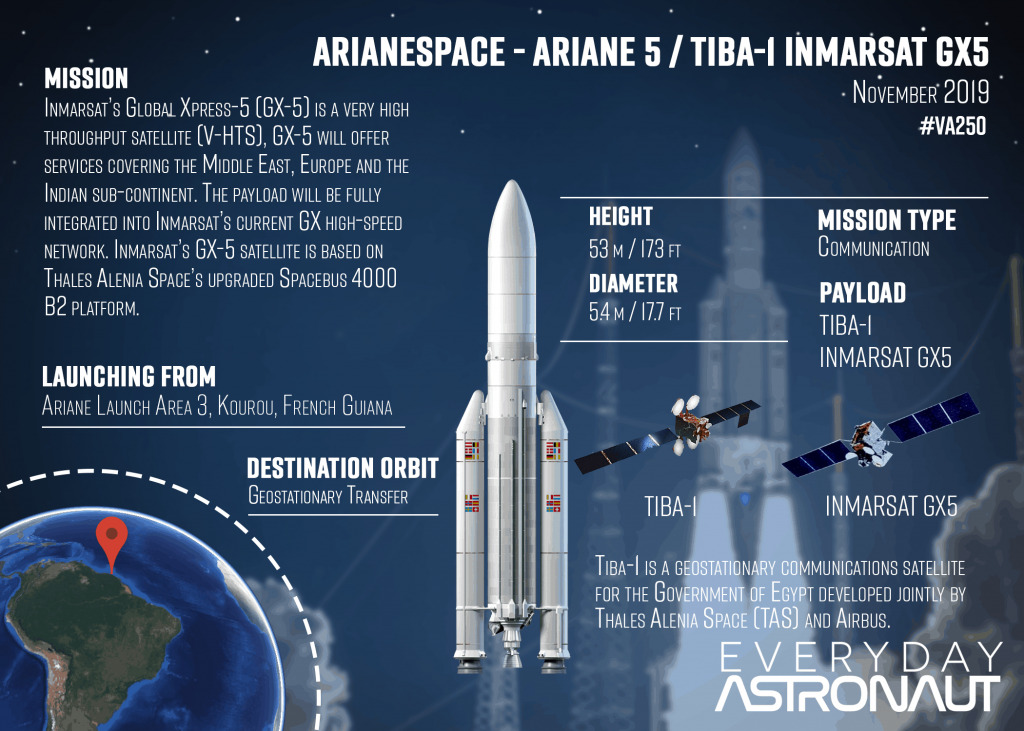 Arianespace SA is a launch provider company,  which is majority-owned by its parent company “ArianeGroup”, a combined undertaking between Airbus and the French group Safran. For this mission, in particular, Arianespace is getting paid by Inmarsat to launch their fifth Global Express satellite (GX-5) into an orbit only 35,786 km above the Earth.

Inmarsat is a British satellite telecommunications company that offers services to those all around the world. Some of their customers include different governments and their agencies as well as businesses and media outlets. Also, for no charge, they provide global maritime distress and safety services (GMDSS) which came to major use during the Malaysia Airlines Flight 370 disappearance.

The fifth Global Xpress (GX-5) will be launched on this Ariane 5 ECA (VA250) and put into a geostationary orbit, meaning that it orbits at the same speed the Earth rotates, so it stays over the same spot above the Earth. This means that a ground-based radio antenna can stay pointing at the same fixed location in the sky, just like a satellite TV dish! By combining GX-5’s services with the other four Global Xpress satellites,  they can cover almost the entire globe. Up to seven other Global Xpress satellites are expected to launch in the near future. 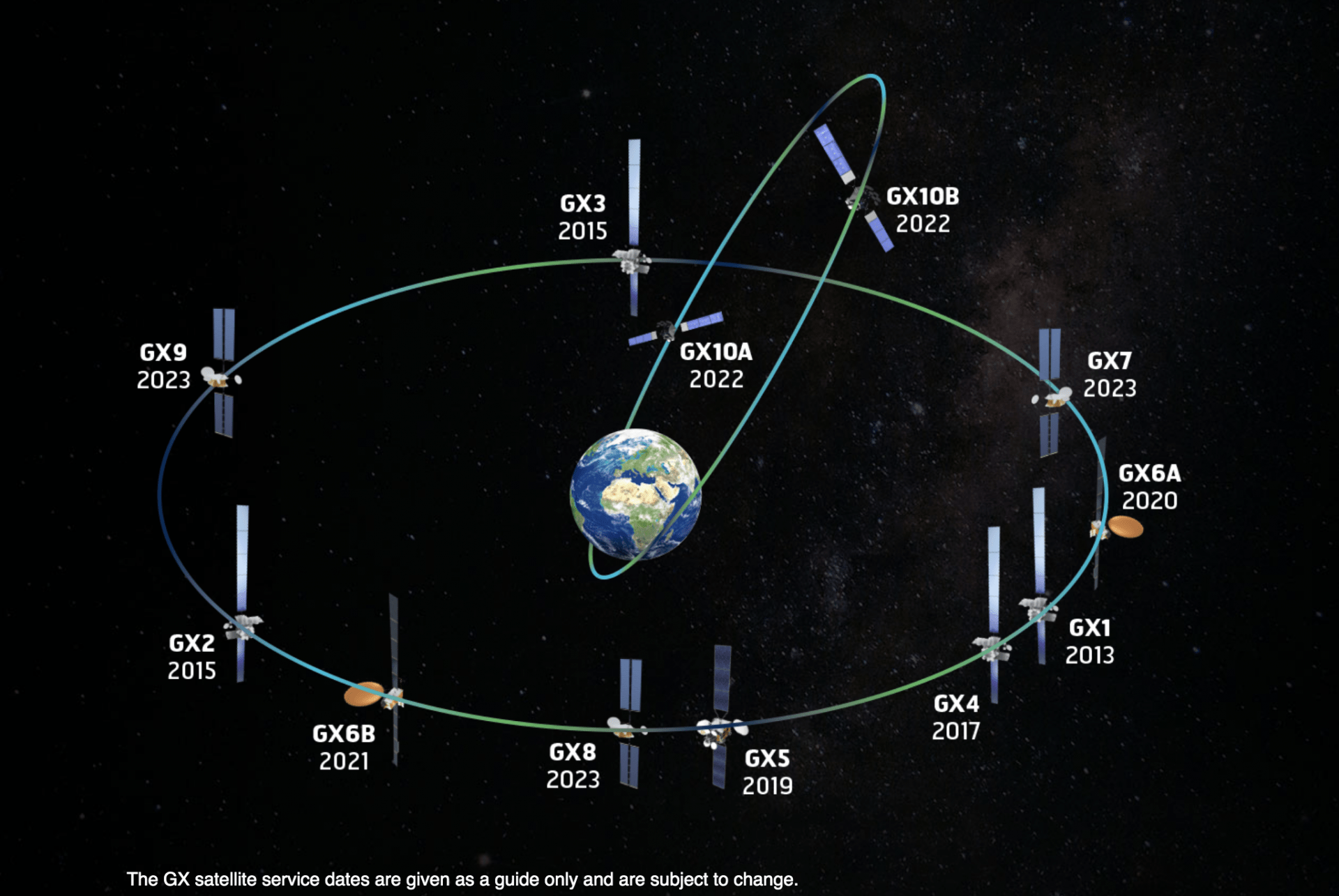 Diagram of present and future Global Xpress Satellites with their year of launch. Credit: Inmarsat Website

In terms of satellite hardware, GX-5 has a fixed Ka-Band antenna that will receive and transmit signals as well as four steerable beam antennas. The satellite has two trifold solar panels that will provide power to the satellite’s systems for an expected 16 year lifetime.

The other satellites to be launched is the TIBA-1 satellite for the Government of Egypt. It will be owned and operated by the government of Egypt but it was built by  Thales Alenia Space and Airbus Defence and Space which are both European contractors.  It will also be the fourth satellite launch for Egypt by Arianespace and it will operate in the orbital slot position of 35.5 degrees East.

Keep an eye on the Prelaunch Preview page for updates on the launch countdown, or download the Space Launch Now  app to get updates on this launch and all future international rocket launches.