Stars normally contain magnesium and at high levels, however astronomers just discovered the first star that contains a small amount of magnesium in it. And this matters A LOT because this shows us where the star originated from.

You see, when stars form that is when they develop the elements that make them up. And depending on the levels of the elements in their bodies is how we can determine how fast or slow the stars themselves formed. For instance this star J1124+4535 was discovered having very low levels of magnesium, which shows us that it formed SLOWLY meaning it likely formed in a dwarf galaxy, where stars form a lot slower than stars in other galaxies, for instance The Milky Way. But what’s strange is this star that was discovered, was found in OUR galaxy, The Milky Way!

It was discovered by a team at the National Astronomical Observatories of Chinese Academy of Sciences (NAOC) using the Large Sky Area Multi-Object Fiber Spectroscopic Telescope (LAMOST) and The Subaru Telescope High Dispersion Spectrograph. The study was recently published in the journal Nature Astronomy on April 29th, 2019. 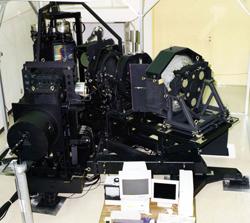 This is the first time a star has been discovered in our galaxy that has such low levels of magnesium. It is located in the constellation Ursa Major (Big Dipper), however after analyzing data collected by the High Dispersion Spectrograph on the Subaru Telescope, which confirmed the low levels of magnesium, yet high levels of Europium, means this star had to have formed in another galaxy and found its way to ours. Scientists have measured similar composition levels in stars found in dwarf galaxies, so it is very likely this star came from a dwarf galaxy. 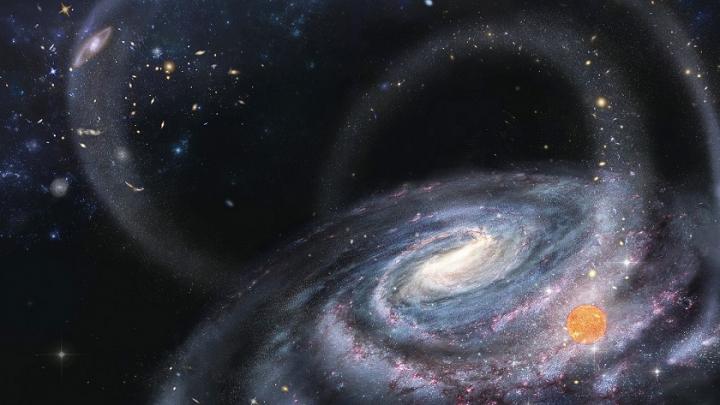 CAPTION
This is a star accreted from a disrupted dwarf galaxy.
CREDIT
Chinese National Astronomy

Based on models and computer simulations of galaxy evolutions, larger galaxies, like the Milky Way grow by absorbing nearby or orbiting dwarf galaxies. So now, this would make EVEN MORE sense that this star ended up in our galaxy. It’s original home galaxy likely merged with the Milky Way millions of years ago and lead to this star finding a new home in ours.

This is stuff is cool, not only because it’s star stuff but because what would life be like on a plant that may be orbiting a star with different composition and element levels? Till we study more, there’s just a ton of question waiting to be answered.