Next time you feel like you’re getting old, try thinking about this supernova remnant which is over 2000 years old. This thing is as old is 48 BC but it actually is the oldest astrophysics event to ever be determined outside of our solar system. It’s considered to be a supernova remnant, a supernova is an explosion of a dying star and shortly after that explosion is the formation of a dusty gas cloud known as a nebula. This one specifically contains high levels of hydrogen, so it glows in a reddish hue. Now what’s really interesting about this remnant is it size, which is about 8000 times the distance between the Sun and the Earth. And what’s even stranger is its mass, which is a pretty low amount. It’s just around the mass of 30 Earths combined together. So if you were to take 30 Earth’s and then spread throughout the interstellar medium in a gaseous form till it stretches to about 8000 times the distance between Earth and the Sun–that’s this thing. 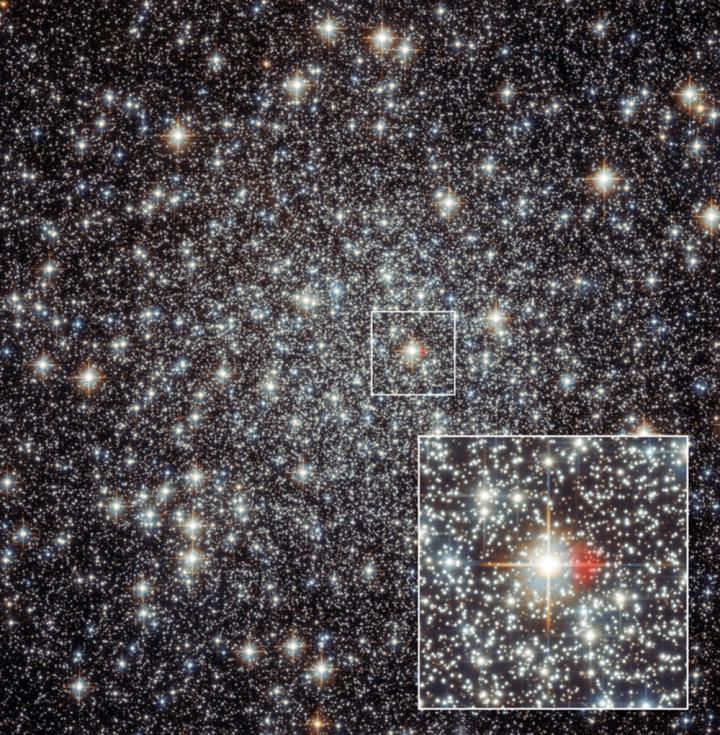 CAPTION
Near the centre of the globular cluster Messier 22, the team of scientists discovered the remains of a nova.
CREDIT
ESA/Hubble and NASA, F Göttgens (IAG)

This remnant was found by the European research team involving the University of Göttingen. It’s found in a galactic globular cluster known as Messier 22. Messier 22 is one of about 150 globular clusters that orbit around our galaxy, the Milky Way. A Globular cluster is a large, spherical mush of hundreds of thousands of very old stars, this specific cluster lies in the constellation Sagittarius in the direction of the centre of the Milky Way. These observations were made using the instrument MUSE at the Very Large Telescope of the ESO in Chile, where an additional 12 other globular clusters were also observed.

The way researchers studied these clusters were by splitting starlight by color and measuring the brightness of stars to determine their colors. This is important because this is how astronomers can determine the age of the star and category based on chemical composition of what the star is composed of in addition to the type of nebulae and elements present in it. They also produced great images like the one above, to help convey this research!

Discovering an object that is this old and located beyond our solar system is extraordinary for future cosmological research and discoveries. But I also believe that the more we can produce images of the cosmos, the closer we can get the attention of the public to look up at night and inspire future voyagers.